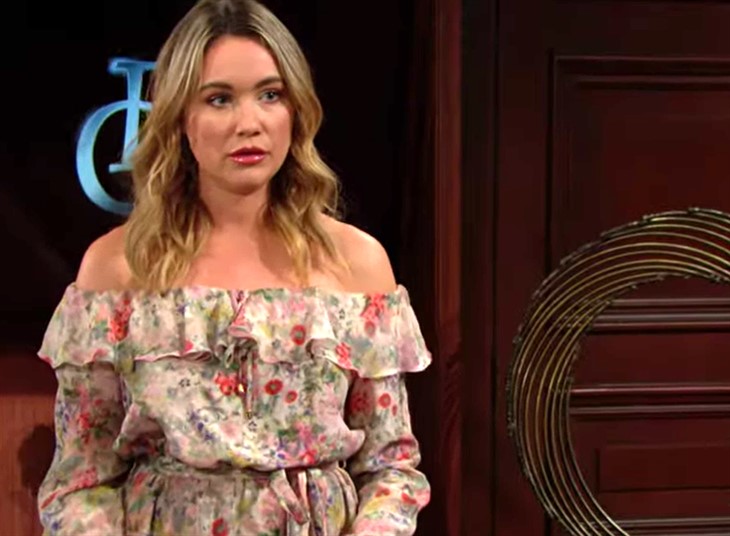 The Bold and the Beautiful (B&B) spoilers reveal that in Los Angeles Flo Fulton (Katrina Bowden) has the perfect life right now. She’s happy, healthy, is forgiven and accepted into the Logan family, and Wyatt Spencer (Darin Brooks) proposes marriage. Plus, she doesn’t have to deal with Sally Spectra (Courtney Hope) anymore. However, living her dream life won’t last and will soon turn into a nightmare. Keep reading to find out more information on what’s coming up.

The Bold And The Beautiful Spoilers – Flo Fulton’s Devious Deeds

B&B spoilers reveal that Flo caused considerable pain and damage when she kept the truth about Hope Logan’s (Annika Noelle) baby to herself. Hope did get her child back, but she lost a year of firsts, bonding, and memories. She was devastated the whole time Flo let her believe that her daughter was dead. After the secret came out, Hope’s anguish was transferred to Steffy Forrester (Jacqueline MacInnes Wood). The baby was ripped from her arms after she adopted, bonded, and fell in love with her. It is a pain that Steffy doesn’t talk about, but it is etched in her heart and memory forever.

Right now, Flo is getting everything she wants. All her wishes and dreams are coming true. She doesn’t have to deal with Sally anymore, is with the man she loves and he actually proposes during the week of March 15. Flo has her mom close to her, and she finally received forgiveness from the Logans. They even accepted her into the family, which is what she always wanted.

The Bold And The Beautiful Spoilers – The Calm Before The Storm

The Bold and the Beautiful spoilers reveal that in soaps, when things are going perfectly, that’s when things are about to blow up. Now that Flo has everything she’s ever dreamed of, things are going to completely fall apart. Even though writers tried to redeem Flo on a few occasions, fans never bought it. She never really seemed to pay for what she did. A short stay in jail, losing a boyfriend, and having the Logans write her off is a punishment that didn’t fit the crime.

What is going to kick off Flo’s nightmare is something she did a while back. She told Brooke Logan Forrester (Katherine Kelly Lang) that she would never do anything to make them regret their decision. How interesting that Flo actually has a secret she’s been keeping from everyone, including Wyatt. It has to do with her telling Summer Newman (Hunter King) every bad thing Sally ever did. It’s one thing to have enemies, it’s quite another to destroy that person when they are making a fresh start somewhere new.

The Bold And The Beautiful Spoilers And Rumors: Vinny Walker Panics – Finn Busts Him Stealing Drugs?https://t.co/WQTzOiJvxE

That secret is going to come out after Wyatt and Flo get engaged. It might as they are celebrating their engagement, or it would happen on their wedding day. But it is coming and Flo’s going to lose everything all over again. However, we have a feeling that writers know fans aren’t happy with Flo not being punished. So we just might see them try and correct that, which means Flo’s life is going to be completely shredded, just like she did to Hope and Steffy during the “PhoeBeth” storyline.

What do you think is going to happen with Flo Fulton? What would you like to see writers take her story during the next few months?