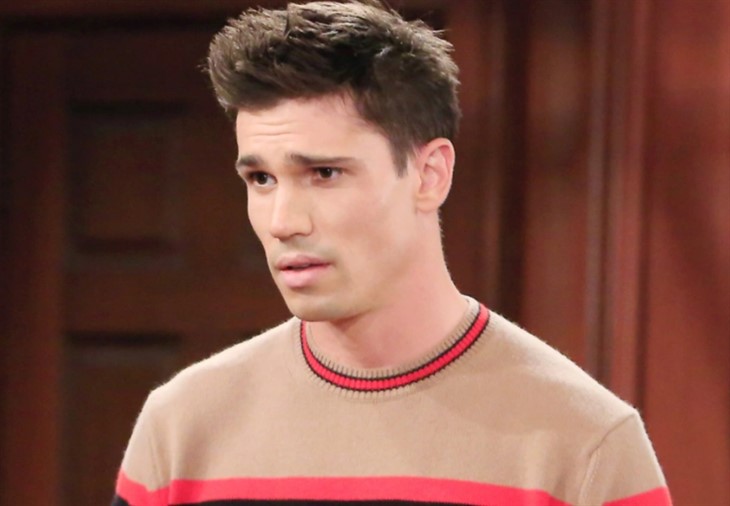 The Bold and the Beautiful (B&B) spoilers reveal that in Los Angeles John Finnegan (Tanner Novlan) will take action against Liam Spencer (Scott Clifton). He’s always had a problem with Liam just waltzing in Steffy Forrester’s (Jacqueline MacInnes Wood) house. So, he changes the locks and refuses to give Liam the new key. The battle between the two men will escalate, but how far will Finn go?

The Bold And The Beautiful Spoilers – John Finnegan Takes Control

B&B spoilers reveal that ever since Finn has come into Steffy’s life, he’s had an issue with Liam. It’s not that she’s friends with her ex-husband or that he comes over to spend time with Kelly Spencer (Colette and Avalon Gray). Finn has a problem with Liam staying so close to Steffy despite the fact that they are divorced. He especially doesn’t like that Liam has the audacity to just waltz in Steffy’s house whenever he feels like it. Sometimes he will do it even though nobody’s home. Not only is it inappropriate, but Finn might feel that it’s why the one-night stand happened. He also wants to help Steffy cut the cord once and for all.

Next week, Liam will try to use his key to unlock Steffy’s door and finds that it won’t work. He realizes that the locks have been changed. He’s furious that he wasn’t told about it and even angrier that Finn refuses to give him the new key. Liam will come up with every excuse to try and get the new key. However, what is the real reason that he has to have full access to Steffy’s personal and private life?

The Bold And The Beautiful Spoilers – Losing Grip On Steffy Forrester

The Bold and the Beautiful spoilers reveal that Liam is losing his grip on Steffy and it’s all because Finn’s taking a stand. Liam has always had open access to both Steffy and Hope Logan (Annika Noelle). It makes it easier to keep a grip on both women so he can easily waffle whenever the mood strikes. If he can’t keep close with Steffy, then she might actually get over him and move on permanently.

Liam whines that not having the new key will prevent him from seeing Kelly. However, that’s not true because someone will obviously be home to open the door. “Sinn” would never leave a young child alone. Liam’s next excuse is that he has to have access to Steffy’s home in case of an emergency. However, Steffy has other people in her life for that. Not only is Finn there, but Ridge Forrester (Thorsten Kaye) and Thomas Forrester (Matthew Atkinson) are more appropriate choices for having the new key.

It is teased that the war between Liam and Finn will escalate. Steffy will have to get between the two men in her life. However, she has been warned by Dr. Campbell (Tina Huang) that she needs to get her stress low. Finn and Liam’s battle will make it impossible for Steffy to remain calm, which means drastic action needs to be taken. Perhaps this might explain Steffy’s absence during Wood’s maternity leave? We will have to keep watching the soap to find out.