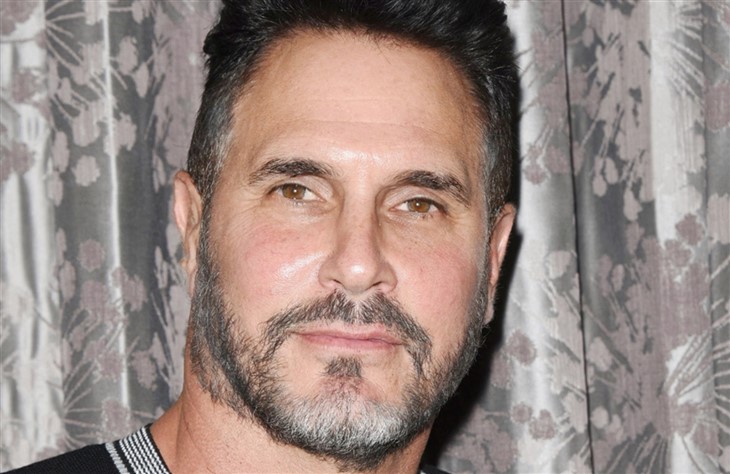 The Bold and the Beautiful (B&B) spoilers tease that Don Diamont is enjoying his down time this summer and he has plenty of company to help him wile away the hours.

He posted some content to his Insta to update fans about his summer and by the looks of it he is having tons of fun in the sun.

He captioned his pics and video, “Everyone’s out of town, so it’s up to Èzey and me to hold down the fort! She’s exhausted after helping me clean up our💜Laker💛 court!! 💤💤💤😂😀🐶❤️.”

By Laker court he means his purple and gold LA Laker’s replica basketball court and he seems to be having a grand time washing it down with Èzey’s help. In fact, by the end of the day’s hijinks, Èzey is exhausted and ready for a nap.

B&B Spoilers – What Happens Next To Dollar Bill?

His fans gave Don many compliments on his Laker court and one wrote, “Handsome as ever! Looking even better as you age!”

One fan posted, “Don have a wonderful weekend and thank you for a wonderful show the Bold and the beautiful i’ve been watching this since the beginning I taped all the shows and then I watch them on the weekend so I just want to say hi God blessed.”

One fan gave Don huge props for some terrific scenes saying, “You are amazing my friend hi to Ezey awesome name by the way you and Aaron aka Justin did such a great job in those scenes this week you have my vote for a emmy next year.” 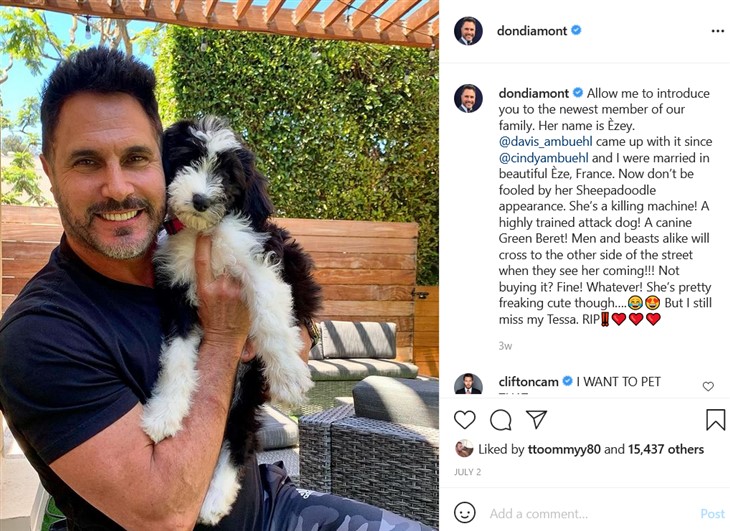 The fan refers to scenes in which Don and Justin Barber (Aaron D. Spears) had it out over the latter’s betrayal. While Don has a loyal friend in his faithful pooch, his alter ego should be so lucky.

Instead, on the CBS show Don’s character was betrayed by his bestie Justin. It was a brutal shout down when the two alpha males confronted reality. In the end Justin was banished from the kingdom and he showed his true colors by running straight to Bill’s enemy. He offered all the dirt on Bill to Ridge Forrester (Thorsten Kaye) and it looks like the beginning of a beautiful friendship!

The Young And The Restless Spoilers: Nikki Investigates Summer’s Secret, Will She Uncover Truth?