The Bold And The Beautiful (B&B) Spoilers: Did Vinny Really Kill Himself For Thomas? 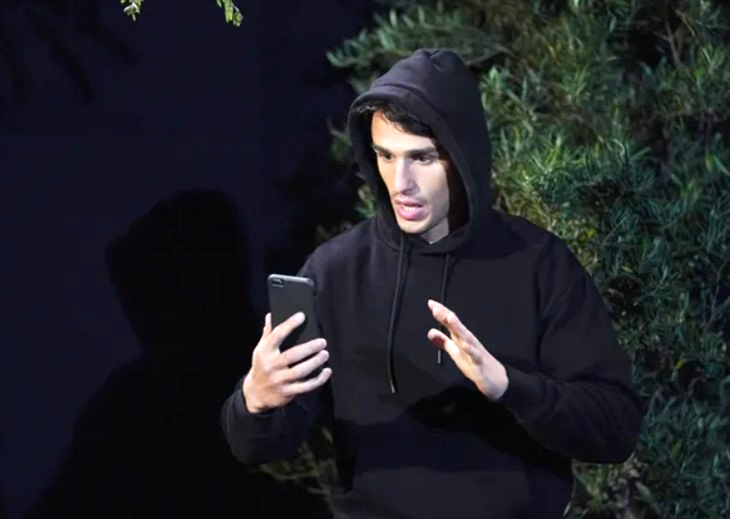 The Bold and the Beautiful spoilers (B&B) tease in Los Angeles Hope doing everything she can to free Thomas from the cage because then she knows she can free Liam from jail, but does the way Vinny died still seem suspicious.

The Bold And The Beautiful Spoilers – Why Would Vinny Walker Kill Himself?

Does Vinny (Joe LoCicero) killing himself just to stick it to Liam (Scott Clifton) so Thomas (Matthew Atkinson) could win Hope (Annika Noelle) for himself make any sense at all? Did he really love Thomas that much that he’d give his life to make Thomas happy. We’d have to know a lot more about Vinny, his background, his past relationships, and his life experiences to understand any of this. The Vinny we knew on The Bold and the Beautiful did not seem so selfless.

It also wraps things up in a bow too much and there has to be more to it than Vinny feeling guilty about switching the DNA tests and wanting Thomas to be with Hope, despite the fact that Thomas had told Vinny he was moving on.

We have to wonder at this point if Vinny is even dead on The Bold and the Beautiful. Maybe that will be the twist that comes out of this. No matter what proof has, Liam and Bill (Don Diamont) should not be getting out of jail because they still committed a hit and run and covered it up. But if Vinny isn’t dead, then they can be out scot-free. But who would help Vinny fake his death and why would they do it.

We want to think Steffy’s (Jacqueline MacInnes Wood) new man is everything he’s cracked up to be and more but maybe he has an iffy past. Did he know Vinny? He is the one who found him in the morgue? Did he help Vinny? It’s always a possibility, but a slight one.

There just seems to be something missing here and the only way for this The Bold and the Beautiful story to work at all is to have Vinny be alive after all. No matter how that happens, it would be good for all characters and the show because it was always interesting wondering what Vinny would say or do next. Stay tuned to The Bold and the Beautiful weekdays to see how this story plays out.

Days Of Our Lives Spoilers: Eric Distracts Nicole, Too Busy To Notice Sami’s Ready To Strike