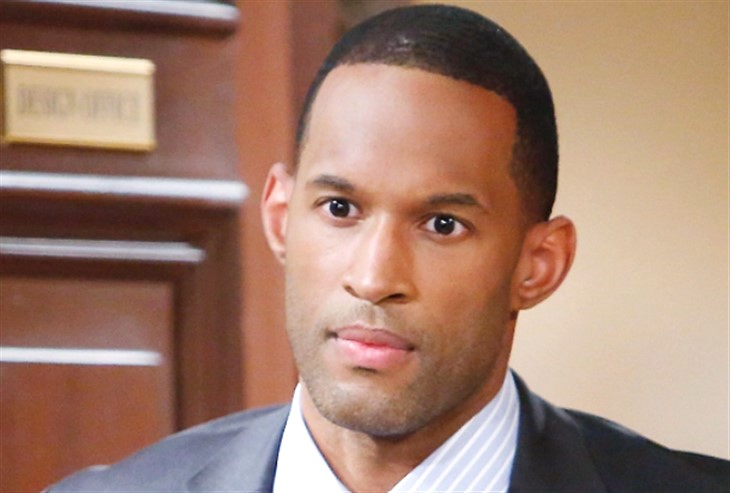 The Bold and The Beautiful (B&B) spoilers indicate that Carter Walton (Lawrence Saint-Victor) will soon learn of Zoe Buckingham’s (Kiara Barnes) betrayal. Zoe is literally trying to have her cake and eat it too. Zoe is attracted to Zende Forrester (Delon De Metz) but is engaged to Carter on the CBS soap opera. According to Bold and Beautiful rumors and spoilers, Zoe’s habit of burning the candle at both ends will stop when Ridge Forrester (Thorsten Kaye) overhears her confession to Zende.

The Bold And The Beautiful spoilers show Zoe may be engaged to Carter, but she wants Zende. The fact that Paris Buckingham (Diamond White) is attracted to Zende makes her more determined to have him. Zoe wants her sister gone from Forrester Creations and knows she stayed because Zende asked. Zoe is also supposed to be planning a wedding with Carter.

Unfortunately, Zoe has chosen to talk to Zende about her feelings at the office and Ridge is a captive audience. B&B spoilers hint Ridge is not about to let this go without Carter knowing the truth. Who will Carter blame for Zoe’s decision to go after another man?

B&B Spoilers – Zende Forrester Is Not At Fault

The Bold And The Beautiful’s Zende sent Zoe a message before she accepted Carter’s proposal. However, Zende is not interested now that she is engaged. Zende knows that Paris is interested in him and he’s ready to explore that. Zoe has no intention of letting Zende or her sister be happy together. Zoe also doesn’t want Carter to know that truth in case things don’t work out with her and Zende. Will Carter see this when the truth comes out or will he blame Zende for Zoe’s actions?

The Bold and The Beautiful’s Carter does not deserve to be treated this way. Carter has been completely honest with Zoe. Carter has tried to give Zoe everything she wants. Carter has tried to get Zoe to set their wedding date and move on with their plans. Unfortunately, Zoe isn’t willing to do that. Zoe should have never accepted Carter’s proposal if she wasn’t sure about marrying him. Zoe also should have been responsible enough to break up with Carter when she realized she had feelings for Zende.

Zende is coming off of a divorce on the CBS soap opera. Zende isn’t ready to be in a relationship with anyone. However, Zoe should have more respect for the man she has agreed to marry than to try and start something with another man.

Will The Bold and the Beautiful updates for next week show Carter realizing that Zoe is the one pursuing Zende? Will Carter blame Zende for coming back home at this time? Will Zoe end up alone in Bold and Beautiful new episodes?

Be sure to catch up on everything happening with B&B right now. Come back here often for The Bold And The Beautiful spoilers 2021, B&B soap opera news, and CBS comings and goings updates.