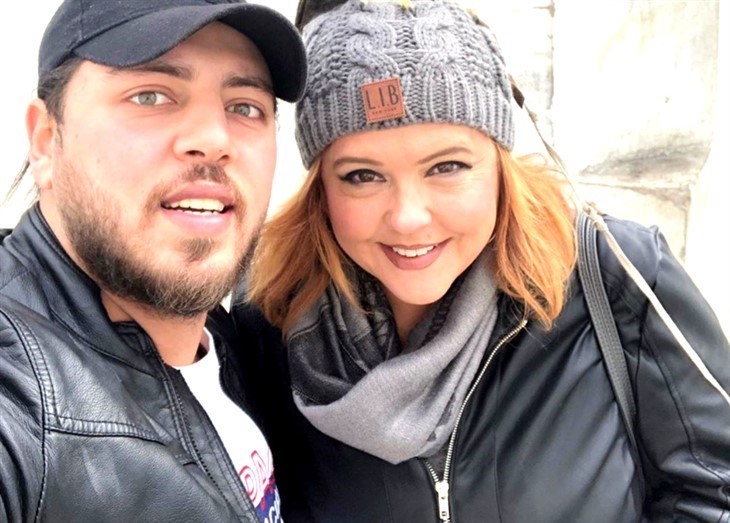 90 Day Fiancé spoilers say that they might be the kind of couple that loves to put each other’s faces on t-shirts and bed covers but do they have what it takes to make their love last? That’s what fans can’t help but wonder as it seems like Rebecca and Zied have everything working against them, instead of in their favor. That’s why we’ve got a list below of reasons why we don’t think Rebecca and Zied will make it very far in their relationship. Check it out below and let us know what you think.

While some people can make a huge age gap between them work, 90 Day Fiancé spoilers cast member Rebecca and Zied have the odds stacked against them. Sure, there’s no denying that the two of them are very attracted to one another, but in order to make a relationship and a marriage work, you have to have things in common. This is going to be Rebecca’s fourth time trying to make things work while Zied is in the very early stages of his life learning the ropes.

Rebecca has mentioned that this is the first time that 90 Day Fiancé spoilers Zeid has ever left his country. He’s never vacationed or had an opportunity to visit another country abroad. This more than just a lifestyle shock for Zeid, this is a major culture shock.

#3 The Cultural Differences Between Them

Rebecca is from a small town called Woodstock, Georgia while Zeid was born and raised in Tunisia. Seeing how they have very little in common on the surface, the cultural differences between them are just too much for them to every understand or work out on their own.

It’s without a doubt that things have to be really tough on Zied right now. Not only is he thousands of miles away from his family and everything that he once knew and love, but Rebecca is also spending endless hours at work in order to provide for the two of them. The loneliness will sure enough get to Zied sooner or later.

#5 Rebecca Has Been Down This Road Before

Let’s face it: Rebecca has certainly been down this road before with her previous failed relationship with a “hot Muslim guy” from Morocco. Rebecca would be better off if she didn’t focus so much on where her man was from or how he looked like and instead just let “love” happen. Otherwise bringing men to America in the hopes that things will work out will never work in her favor.