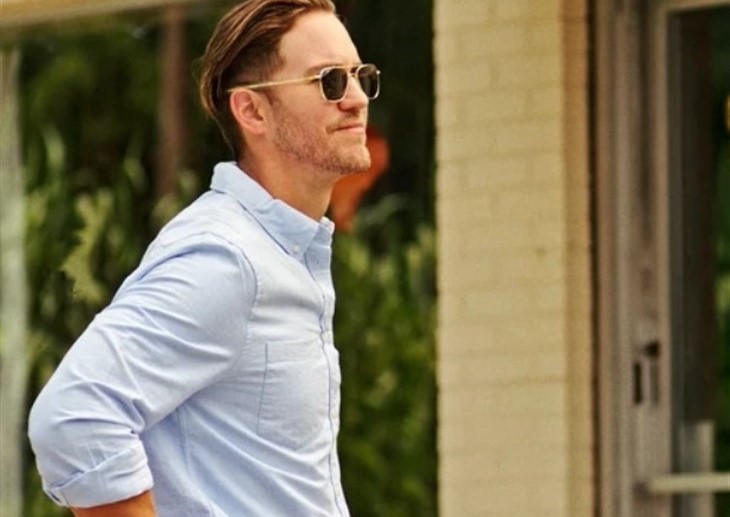 General Hospital (GH) spoilers reveal the red hot rumor that one actor, whose character is presumed dead, is coming baaaaack!

Wes Ramsey’s character Peter August was last seen in a puddle of blood, and that roar you heard was a collective cheer from the many fans who hoped that they had seen the last of dastardly liar, murderer, con-man Peter.

The rumor mill is in overdrive that while Peter may be gone, Wes Ramsey is not. Is he coming back as a General Hospital character who is a love interest for Carly Corinthos (Laura Wright)?

This return casting model is currently in full effect with GH star Roger Howarth. His dastardly, liar, murderer, con-man character Franco Baldwin was killed off not too long ago but Howarth has returned as Austin, shirtless backwoods doctor.

Fans are loving this iteration of the handsome and talented star—could the same rewrite treatment be in store for Ramsey? Anything is possible, and at this time any speculation about a recast is just that—rumor.

There are several reasons to believe the speculation, however. For starters, Ramsey is a well-liked actor and beloved among the cast; it doesn’t hurt that his SO is Laura Wright who plays Carly Corinthos.

Which has led many to wonder if the actor will return to the canvas not just as a new character, but as a love interest for Carly. What do you think about the possibility of GH fans?

Also in his favor is the fact that Ramsey has made an indelible mark on the audience. They are familiar with him and there is always an intriguing factor when an actor returns after his character has been 86’d. For one thing, there is the fun of speculating about the how’s and why’s of a return.

Before Howarth came back, General Hospital fans were going back and forth like mad conjecturing who his character would be—a doppelganger, a completely different character, an evil twin? Even though we now know he is Austin, there are rumors he is actually a long-lost Quartermaine.

Carly needs a new love interest/ How would it be to see her and her real-life boo kick it up onscreen? For many General Hospital fans that scenario sounds like a whole lot of fun!