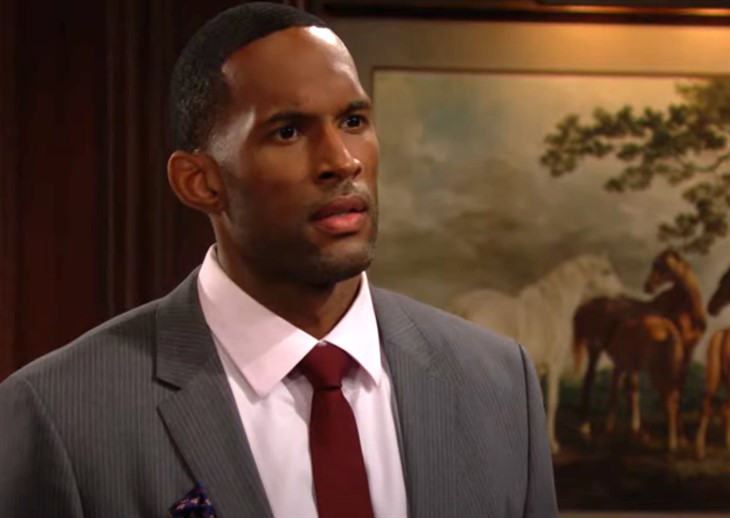 The Bold and the Beautiful (B&B)  spoilers reveal that Quinn Forrester (Rena Sofer) is thrilled to have her marriage back. However, she receives some shocking news from Carter Walton (Lawrence Saint-Victor) that could destroy everything. Carter decides that he can’t live with this secret and wants to confess. Will Quinn be able to stop him from telling the truth or is her marriage over?

The Bold And The Beautiful Spoilers – Paris Buckingham Still Debating

B&B spoilers reveal that Paris found out the truth about “Quarter.” She confronted Shauna Fulton (Denise Richards), who pressured her to keep quiet. By next week, Paris will still be debating on how to handle this situation. Then, things get even more complicated when Paris finds out that Carter and Zoe Buckingham (Kiara Barnes) are engaged once again.

Shauna shares pretty much everything with Quinn. So, we expect her to tell Quinn all about being confronted by Paris and that their private conversation was overheard. Quinn and Carter will panic over the bombshell. While Quinn will try to take action to convince Paris to be quiet, Carter will have another idea.

The Bold And The Beautiful Spoilers: -Carter Walton Wants To Confess

The Bold and the Beautiful spoilers reveal that Carter realizes that the truth is going to come out eventually. He also knows that Paris will only keep quiet for so long before she feels compelled to tell Zoe about Quinn. Not to mention the intense guilt that Carter feels over betraying Eric Forrester (John McCook). He had such a difficult time not blurting out the truth when he worked closely with Eric. It’s tearing Carter apart and he’s not like Quinn. He’s just not cut out to keep secrets and lies.

The Bold And The Beautiful Spoilers: Brooke And Hope Disagree Over Bill’s Punishmenthttps://t.co/ZV8mncggCW

When Quinn learns that Carter wants to confess the truth, she will be horrified. She finally has her marriage back and doesn’t want anything risking it. She feels that if Carter confesses, then her entire life will be ruined. She will lose her marriage and probably her job, as well. Knowing Quinn, she will try to convince Carter to keep quiet. However, as more people find out the truth, would it just be better for “Quarter” to confess before Eric and Zoe find out from someone else?

When Eric learns the truth, how will he react? Will he convince himself that he pushed Quinn into the arms of another man or will he demand a divorce? As for Zoe, she will receive a double whammy. First, there is the truth from Carter, which may have her questioning their future together. Then, she will discover that Quinn was sleeping with Carter when she claimed to be trying to help Zoe. Will she completely lose control and lash out when “Quarter” is exposed?