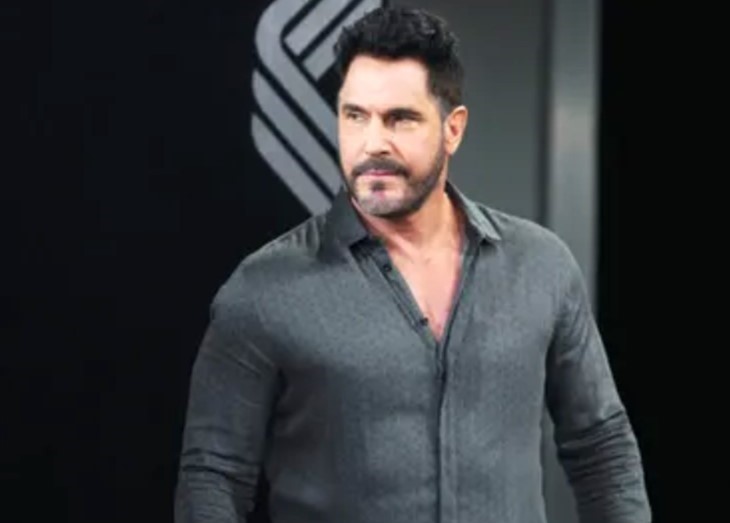 Viewers of The Bold and The Beautiful will remember that Katie’s sisters, at the behest of Dollar Bill, tried to talk Katie into giving Bill another chance. It has been months since their breakup, which happened because of a very public fiasco at Brooke and Ridge Forrester’s (Thorsten Kaye) reunion party at the Forrester mansion. Shauna Fulton, (Denise Richards) who had wanted to become Mrs. Ridge Forrester but not nearly as bad as her bestie Quinn Forrester (Rena Sofer) had, came across a sight she couldn’t unsee and made a video on her cell phone. It was Brooke and Bill kissing passionately in Hope Logan Spencer’s (Annika Noelle) cabin.

She showed it to Quinn, and Quinn downloaded it to a digital photo frame that Eric Forrester (John McCook) had given Brooke and Ridge as a gift. Quinn turned on the frame and it displayed the video right in front of everyone gathered there, and as a result, Ridge stormed off into the night and flew to Las Vegas to be with Shauna, where she and Quinn manipulated a drunken marriage that was never consummated. The truth came out when Shauna, guilty over what she had done, confessed to Ridge. However, the damage had been done and even though Brooke and Ridge reunited, Katie and Bill have not. It hadn’t been the first time that Bill had cheated on Katie, and in particular with her oldest sister Brooke, which was a double betrayal. However, Katie has been able to forgive Brooke and now Bill wants the same forgiveness.

B&B Spoilers – Katie Logan Gives An Inch, But Will Bill Spencer Try To Take A Mile?

Katie decides to give an inch, worried that when she does Bill will try to take a mile! They did have a talk, and a long one, and Katie told him she wasn’t sure she could ever trust him again and Bill accepted that but asked her to reconsider. He promised it would be different this time but he would understand if she was out of chances as far as he was concerned. She perhaps isn’t quite ready to let him move back in, but maybe she will test him to see how he responds first. Perhaps she decides to test him with a family vacation since their son Will Spencer (Finnegan George) wants to spend some time with his daddy.

She doesn’t want to get Will’s hopes up so she will probably explain that this isn’t necessarily Daddy moving back home, but just a way for them to all have some fun together. Perhaps it will be just a long weekend somewhere they all have good memories from and all will enjoy. She sees how Will reacts to the suggestion and he understands it doesn’t mean Daddy is coming home forever. Then she approaches Bill. She makes it clear to him also that this will be a family time, and it doesn’t mean that she is taking him back forever. However, she agrees to baby steps into reconciliation and this family time together is a start. Bill wholeheartedly agrees and says it’s a great idea. That way there is no stress and he and Will get to spend time together as well as he and Katie. It’s a baby step indeed, but Bill will take it!