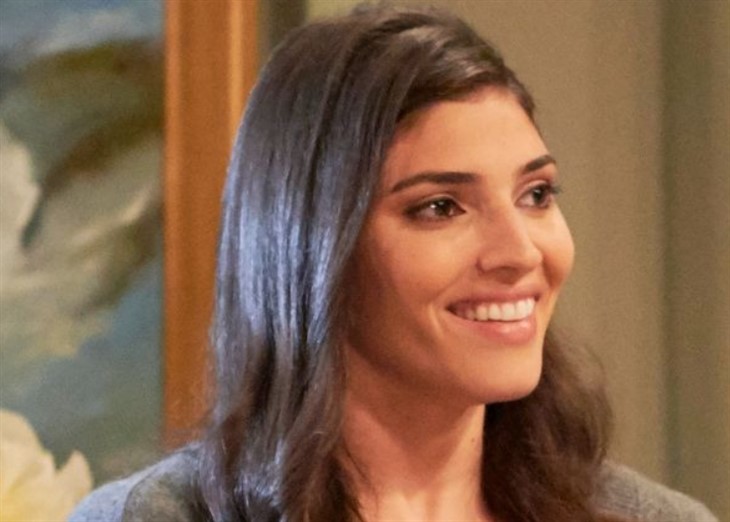 General Hospital (GH) spoilers and updates reveals Brook Lynn Quartermaine (Amanda Setton) is the daughter of Ned Quartermaine (Wally Kurth) and Lois Curello (Rena Sofer). Her family is the Quartermaines who are one of the most prestigious families in Port Charles. Brook Lynn has had a lifelong dream of becoming a singer. Ned is well known in the music business as Eddie Maine. He and Lois created a music company many years ago called L & B Records. Brook Lynn did not want to rely on the family company to get into the music business. She instead signed a contract with a music producer named Linc Brown (Dan Buren).

Brook Lynn and Ned tried to negotiate with Linc but he would not let Brook Lynn out of her contract. Brook Lynn tried to find a place in ELQ, the family company but that did not work out. Linc later contacted Brook Lynn to tell her that he would let her out of the contract if she signed over her ELQ stocks to him. Brook Lynn finally decided on the deal. She did not know that Linc was working with Valentin Cassadine (James Patrick Stuart). Valentin wanted the ELQ stocks so that he could get a control of the company. Brook Lynn realized that she had helped Valentin to get control of ELQ. The situation caused Brook Lynn and Ned to have a falling out.

Brook Lynn decided that she would strike out on her own. Valentin offered her a job at another company that he is a part of called Deception. It is a cosmetics company that Maxie Jones (Kirsten Storms), Lucy Coe (Lynn Herring), and Sasha Gilmore (Sofia Mattsson) run. Brook Lynn was going to be the Voice of Deception. It seemed that Brook Lynn was about to get her dream come true. However her dream came crashing down when she was attacked at the 2020 Nurses Ball by Nelle Benson (Chloe Lanier).

Her throat was damaged in the attack and she has been told that she may not ever sing again. During that time Harrison Chase (Josh Swickard) helped Brook Lynn by letting her stay with him. They became close friends. Brook Lynn tried to stage a performance for a potential Deception investor but things went badly. Brook Lynn was fired. Later Brook Lynn and Valentin had a one night stand.

Brook Lynn decided to leave Port Charles after her one night stand with Valentin. Before she left she had discovered that she might be pregnant with Valentin’s child. Now Brook Lynn is coming back home. Is Brook Lynn pregnant?

What will happen between Brook Lynn and Valentin if she is carrying his child? What will the Quartermaine family think if Brook Lynn is pregnant? Will Brook Lynn and Ned have another falling out? Will Chase be the one to see Brook Lynn through this situation? Will it bring them together? Tune into General Hospital to find out what the future holds for Brook Lynn.

The Bold And The Beautiful (B&B) Spoilers: Will Finn Knock Steffy Off Her Pedestal – Liam’s Not All To Blame