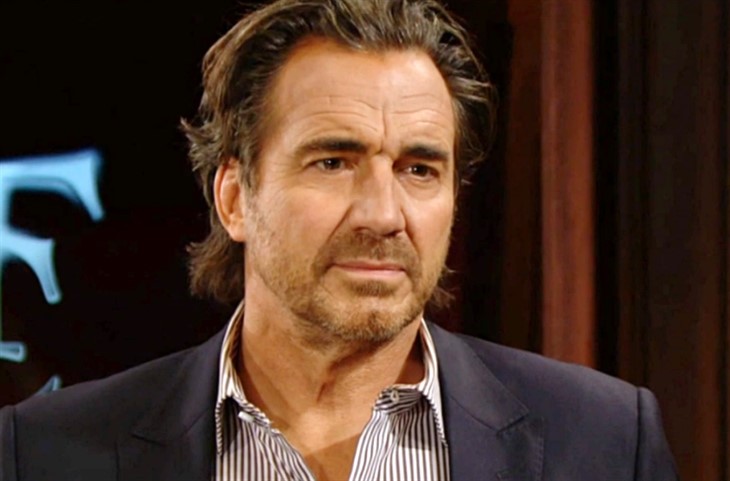 The Bold and the Beautiful (B&B) spoilers reveal that Carter Walton (Lawrence Saint-Victor) thinks his problems are over. However, it turns out that they are just beginning. Not only will Zoe Buckingham (Kiara Barnes) keep asking questions about Shauna Fulton (Denise Richards), but Ridge Forrester (Thorsten Kaye) wants details. Could Ridge actually be jealous?

The Bold And The Beautiful Spoilers – Shauna Fulton’s Cover-Up

B&B spoilers reveal that Carter and Quinn Forrester (Rena Sofer) almost got caught. Quinn managed to crawl underneath the bed before Zoe Buckingham (Kiara Barnes) saw her. However, Zoe just happened to trip over Quinn’s jacket. Then, she saw that same jacket when she walked into the office at Forrester Creations. Her first instinct was that it belonged to Quinn, and she’s right about that. However, Shauna stepped up and made Zoe believe that it was her jacket.

Despite Shauna covering for Quinn, this storyline is not over. Quinn thinks she has her marriage back with Eric Forrester (John McCook). Plus, Carter and Zoe are back together. However, the juiciest gossip at Forrester Creations isn’t rekindling relationships. It’s the shock that Carter and Shauna ended up in bed together! Everyone will be talking about it. Zoe will continue to ask Carter questions about Shauna. Plus, Ridge ends up wanting details from Carter about his activities with Shauna.

The Bold and the Beautiful spoilers reveal that Richards recently spoke to TV Insider about Shauna. She stated that Shauna’s future love life is unclear, but she doesn’t believe that the romance with Ridge is done. So, could Ridge and Shauna really get together once again? What does this mean for Brooke Logan Forrester (Katherine Kelly Lang)? Could Liam Spencer’s (Scott Clifton) confession and Bill Spencer’s (Don Diamont) cover-up put “Bridge” on opposite sides? Could it eventually lead “Bridge” to split up?

Ridge enjoyed his time with Shauna, even if some fans didn’t like it. It was something fresh, new, and exciting for him. Plus, Brooke and Shauna are completely different people. It was interesting seeing Ridge with someone other than Brooke. Is he really just curious about how Carter and Shauna got together? Or could it actually be jealousy?

What do you think of what Denise Richards said about Ridge and Shauna? Could the murder cover-up end up tearing “Bridge” apart? How will Carter deal with Ridge’s questions and is it curiosity or jealousy? We will have to keep watching the CBS soap to find out what happens next.