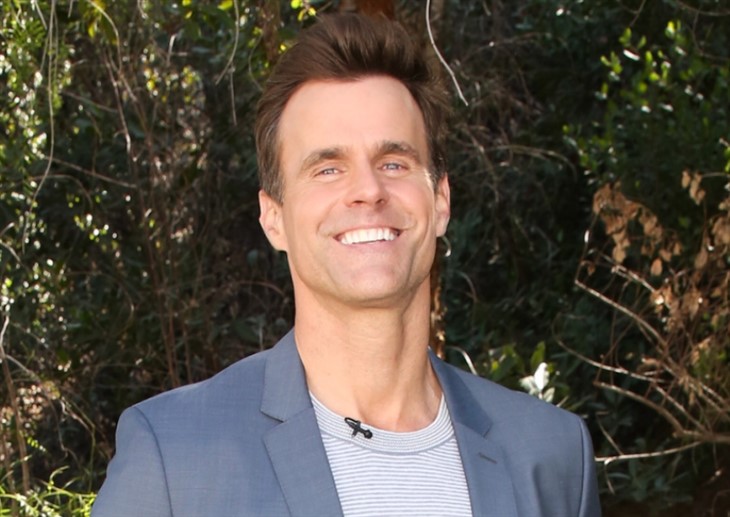 General Hospital (GH) spoilers tease that Cameron Mathison’s new General Hospital character, for which he will start filming in about a month, could be Ric Lansing, formerly played by Ric Hearst.

General Hospital viewers may be familiar with the podcast that Steve Burton, who plays Jason Morgan, and Bradford Anderson, who plays Damian Spinelli have had for several years, called “That’s Awesome” with Stone Cold and The Jackal. Recently they taped a special Zoom episode with Cameron Mathison, called “7 Questions with guest Cameron Mathison!” Since Brad and Steve started their podcast it has now spread to YouTube as well as Facebook Watch and the episode can easily be found on YouTube if you want to check it out. One question Cameron Mathison answered is that he knows which character he will play, but he’s not allowed to say! Apparently, his new General Hospital character is a mystery, not even Damian Spinelli can solve, so General Hospital viewers will just have to wait and see.

Given that he will be filming General Hospital in early June after he finishes filming another installment of the Hallmark Movies and Mysteries series “Murder She Baked” with Days of Our Lives’ Alison Sweeney, he will probably begin airing around mid-July or a little later, since General Hospital usually films about six to eight weeks ahead of airdate. Speculations and somewhat educated guesses by General Hospital fans have brought forth several theories, including recasts of Drew Cain, formerly played by Billy Miller, and Steven Lars “Steve” Webber, formerly played by Scott Reeves. He is Elizabeth Baldwin’s (Rebecca Herbst) older brother and actually half-brother to her late husband Franco Baldwin; (Roger Howarth) since they shared Heather Webber (Robin Mattson) as a birth mother. One new theory is that Cameron will play a recast Ric Lansing, formerly played by Rick Hearst.

Longtime General Hospital viewers will remember that Ric is Molly Lansing-Davis’ (Haley Pullos) father and Sonny Corinthos’ (Maurice Benard) half-brother. Ric was once married to Elizabeth Baldwin (Rebecca Herbst). Longtime General Hospital fans will recall a scheme Ric perpetrated on Elizabeth, who wanted to have a baby and was having problems where Ric kidnapped a very pregnant Carly Corinthos, (then played by Tamara Braun, now Laura Wright) and locked her in a panic room where she was later freed by Elizabeth herself- she was pregnant with Morgan Corinthos (Bryan Craig) at the time. That was the end of Elizabeth’s marriage to Ric, obviously, and to add insult to injury, Ric had been drugging Elizabeth so she couldn’t conceive!

Later, he returned to Port Charles and committed fraud by paying Hayden Barnes (Rebecca Budig) to break up Elizabeth’s relationship with Jake Doe, later revealed to be Jason Morgan and then finally Drew Cain after Jason returned to Port Charles. But Ric the stinker wasn’t content with just that fraud, he faked his own death, breaking Molly’s heart in much the way Trina Robinson’s (Sydney Mikayla) heart was broken when Marcus Taggert (Réal Andrews) faked his, but Ric had gone into witness protection, so he had that going for him. Later, he married a newly arrived Nina Reeves (then played by Michelle Stafford, now Cynthia Watros) and conspired with her mother, Madeline Reeves (Donna Mills) to extort money from Nina, and had an affair with Madeline to boot!

One has to admit – Ric Lansing would fit into several current storylines; he could be working with Elijah Crowe (Dan White), and show up in Nixon Falls to cause havoc and confusion, taking advantage of Sonny’s amnesia; the missing Hayden is still a mystery, and he could be involved in that – he could have found her on the run after Nikolas Cassadine (Marcus Coloma) sent her on her way. But whether Cameron Mathison will play him, a recast of someone else, or a whole new character written just for him remains to be seen!