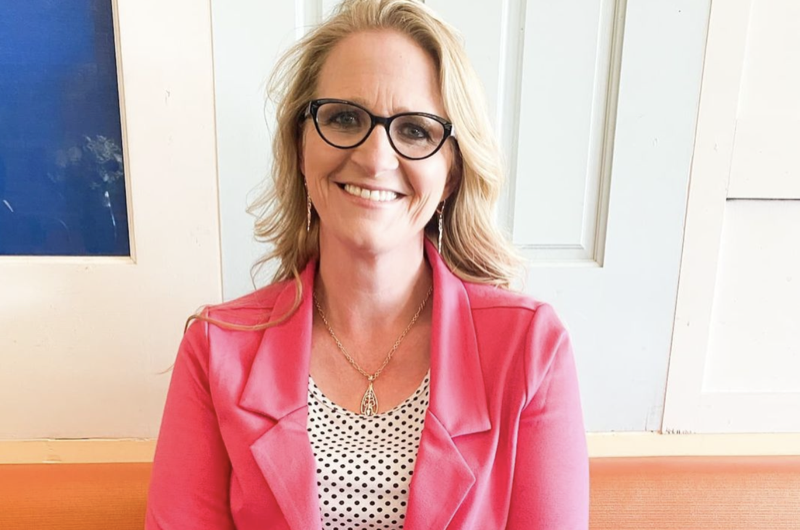 Sister Wives spoilers for Season 16 revealed that Christine Brown was terribly unhappy with Kody. Usually, she’s not the tearful type, compared to Meri and Robyn. However, this season already showed her in tears of frustration. Well, the show didn’t reveal her moving to Utah yet. But, fans already know that she did. After all, the split between the couple seems like the worst-kept secret of the show. Now, two-and-a-half weeks before Christmas, she photo-dumped plenty of pictures of her cute grandchild, Avalon.

You might wonder why we talk about Christine being “unafraid in Utah.” Well, in a recent episode of Season 16, Kody claimed that if Christine moved to Utah, she might end up fearing for her child, Truely. It came when he made excuses for Robyn wanting to remain in Flagstaff. Well, he felt that while Utah lifted a lot of restrictions on polygamy, they could still run into trouble there. However, as Christine gave him the heave-ho and left him altogether, that doesn’t apply. She declared herself single and is no longer a spiritual wife.

Sister Wives star Christine Brown appears anything but fearful In Utah. In fact, she lives just around the corner from her daughter Aspyn. In photos of their duplex, Truely looks cheerful and not at all terrified. Additionally, she sees a lot of her daughter, Mykelti Padron, and her new grandchild, Avalon. She shared some photos of herself with them on Thanksgiving. Now, as things become more Christmassy, she posted up about Avalon and dumped a whole lot of cute photos on Instagram.

When Christine Brown shared her photos of Avalon next to the Christmas tree, her son Paedon commented straight away. he said, “Oh my god I’m so so jealous. I would love to be there with you guys.” The Hollywood Gossip reported that Paedon also lives in Utah, in St. Goerge, where Mykelti and Tony Padron used to live before they moved to Lehi. So, he lives about 300 miles from his mom. Whereas, Mykleti only lives about 19 miles away. Hopefully, he manages to see his mom over the festive season.

Sister Wives fans took to the comments and here’s a small sample of what some of them said to Christine:

She’s so adorable!! I’m happy you moved closer to them. Lots of memories being made 🥰🎄🎅.

God bless her and your entire family. So precious ❤️❤️.

These are just the best moments! ☀️

she is lovely glad you get to spend time with her more often!”

Are You Happy For The TLC Star This Christmas?

Sister Wives star Christine Brown seems very happy with her new life in Utah. On Twitter, only a few people slam her for leaving Kody. Mostly, though, fans just seem overjoyed that she found a better life. Are you happy for her this Christmas? Sound off your thoughts in the comments below.