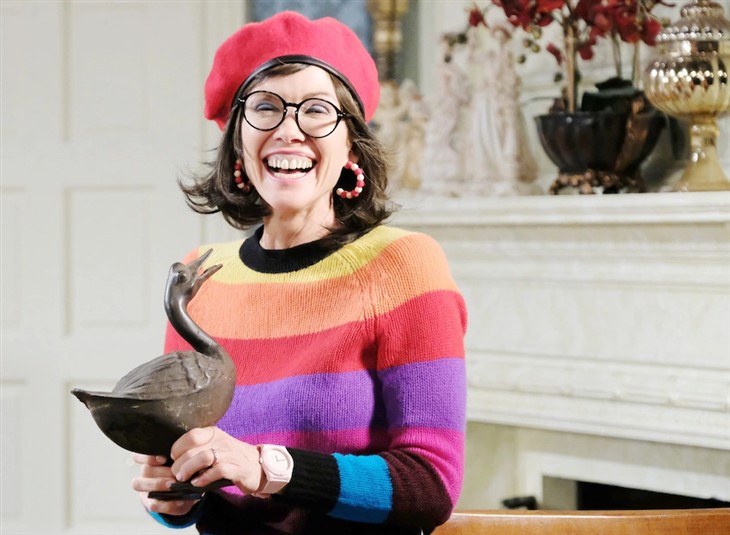 Days of our Lives (DOOL) spoilers reveal that in a terrible twist of fate Susan will confide in her friend Marlena because she is unaware Dr. Evans is possessed by Satan. The devil will become angry because of the information that is shared and Ms. Banks could become the next victim.

Days of Our Lives Spoilers – Satan Might Claim A New Victim

The possession storyline is about to shift and spoilers say there may be a third victim. Doug Williams (Bill Hayes) was the first as he knows the devil is back and now he is in a mental health facility and unable to have visitors. John Black confronted the evil one and now he is being held captive in the DiMera crypt. Susan Banks (Stacy Haiduk) could be the next person who threatens the plans of the Devil Doc and pay for it in a big way.

Susan will place herself in the middle of Ben Weston (Robert Scott Wilson) and Ciara Brady Weston’s (Victoria Konefal) current situation. The couple will be excited as they look forward to becoming parents but Susan is going to give them some unsettling news. She will sense that something sinister is going on and warn the expectant parents that all is not well with the pregnancy.

Susan’s keen discernment has been spot on in many situations. She returned to Salem in February of this year to warn Marlena Evans (Deidre Hall) about one of her premonitions. She had a feeling that Brady Black (Eric Martsolf) had been shot the same way she knew her son EJ Dimera (Dan Feuerriegel) was alive. She later assisted Ben in discovering that Ciara, was alive and being held captive.

DOOL Spoilers -The Devil Is In The Details

Wherever Susan goes trouble follows and this time she is out of her league. She does not know that Marlena is possessed so she will share her concerns about Ben and Ciara’s baby and this will cause problems. The devil has plans for the Weston child after he or she is born and will not allow Susan to get in the way. If her gift of insight kicks in she might realize Marlena is possessed and then she will have to be dealt with . There should be some humorous scenes with Susan and her good friend if she figures out that she is possessed.