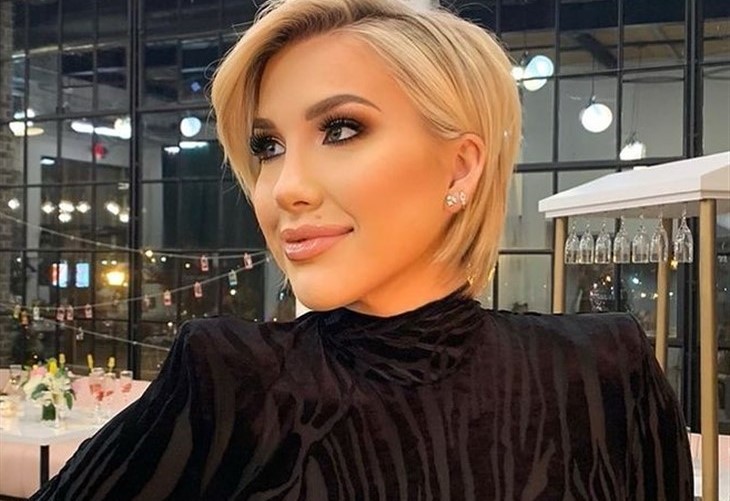 Savannah Chrisley stars on both Chrisley Knows Best and Growing Up Chrisley on the USA Network. However, she also runs a successful beauty business called Sassy by Savannah. As she looks so very attractive, many fans think she’s the best possible advert for her own cosmetic products. On her birthday, many fans slavered over her beauty. Of course, others slammed her for using filler and botox. Nevertheless, there’s no denying that she looks stunning.

In early July, fans of Chrisley Chrisley Knows Best seemed blown away when Savannah shared a photo of herself looking cool in a casual peach outfit. Todd’s daughter talked about summer vacations and it looked like she knew how to dress for them. Enthusiastic fans went into raptures over the photo that came on Instagram. One of them wrote, “What is the brand of your outfit. 😍 obsessed.” Others compared her beauty to the best that nature offered, like the stars in the sky.

Since then, Savannah Chrisley launched her new bronzer for Sassy by Savannah. Naturally, she uses it herself and folks complimented her on her tan when her birthday photo came out. The bronzer came ahead of a new fragrance line that adds to her original lip kits products. Actually, Sassy by Savannah seems to bring popular products. Moreso, as the USA Network star only launched them about eight months ago. Well, her birthday photo shared by the network revealed that she looked flawless, fans agreed.

Slavering Over Savannah Chrisley In Her Birthday Pic

On August 10. the USA Network shared a photo of the TV star and it looked like she sat on the confessional couch. Their caption read, “This is the face of someone who know it’s their birthday tomorrow.” In the photo, she looked slim and very attractive. Her black shirt was trimmed into a slim waist. She wore torn denim pants and her long hair looked very nice and contrasted against her tan. A watch, a wristband, and some simple chains complemented her casual but elegant look. 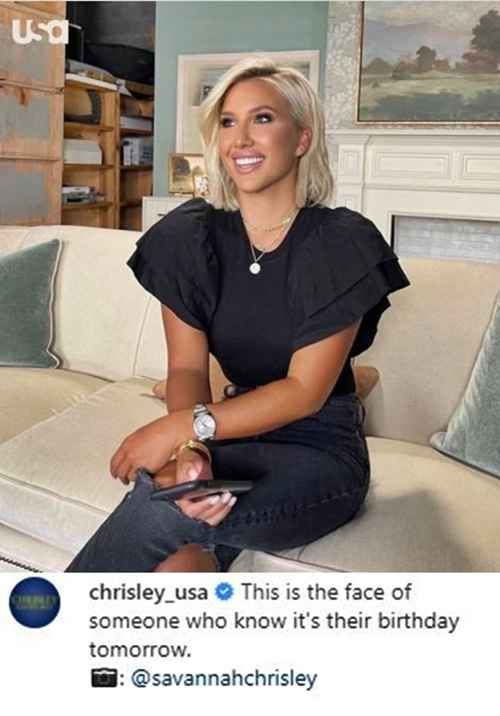 Savannah Chrisley fans noticed that her nails, hair, and makeup seemed immaculate. Plus, her bronzed body looked good. One fan said, “I desire to be on this level of tan tell me your secrets 😭.” Well, many others told her how good she looked. One of them said, “That hairstyle looks great on you. You are beautiful inside and out❤️.” Then more compliments came in like this one: “Happy Birthday Beautiful Sassy! God bless you Sweet Girl!” Nevertheless, some fans complained because she looks like she used lip fillers and botox.

How Old Is Todds’ Daughter?

Todd and his second wife, Julie welcomed their daughter into the world on August 11, 1997, in Atlanta, Georgia. So, she just turned 24 years old. Her success seems wonderful for such a young woman and clearly, she’s set to make the most of all the opportunities that come her way. You can catch up with her on television when the two Chrisley shows premiere back to back on August 12.

Remember to check back with us for more news, updates, and spoilers about Savannah Chrisley from Growing Up Chrisley and Chrisley Knows Best on the USA Network.