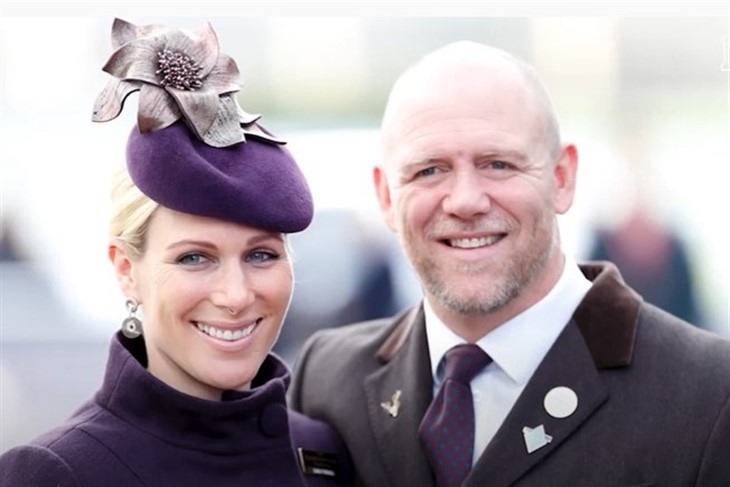 British royal family news reports that Zara Tindall’s third child was born at home, but it was an unexpected location. It is being called one of the most unusual royal births ever even though the royal family once had a tradition of home births.

Queen Elizabeth herself had all four of her children at home in planned deliveries. Her granddaughter Zara gave birth to her son this week at home, but unexpectedly on the bathroom floor of her Gatcombe Park home in Gloucestershire.

Lucas Philip Tindall is Zara and Mike Tindall’s third child. He entered the world on Sunday, and his dad spilled all the details on his podcast.

According to him the baby’s speedy delivery caught them off guard, and he quickly put down a gym mat and towels because there was no time to get to the hospital as planned.

Little Lucas is part of a mini baby boom in the royal family as Princess Eugenie welcomed her first child August Philip Hawke Brooksbank in February, and Harry and Meghan will welcome the Queen’s 11th greatgrandchild soon.

Royal Family News- There Has Been A Royal Baby Boom

The Tindall’s new arrival is thought to be the first royal baby born at home in over a half century.

The Queen’s sister Princess Margaret had her daughter Lady Sarah Armstrong-Jones, now Lady Sarah Chatto, at her home in Kensington Palace in 1964, and that same year the Queen had Prince Edward, now the Earl of Wessex, at Buckingham Palace.

The Queen had home births for all of her four children. The Prince of Wales, the Duke of York and Edward were born at Buckingham Palace, while the Princess Royal arrived at Clarence House.

Joe Little is the managing editor of Majesty magazine and he said, “Every royal baby born since the 1970s has been born in hospital. The upper classes would never have babies in hospital. It became a modern royal convention.”

He added, “A sudden birth on your bathroom floor at six o’clock on a Sunday evening is up there with the most unusual of royal births.”

Mike Tindall, who shares daughters Mia, seven, and Lena, two, with Zara, spilled the news on his podcast The Good, The Bad and The Rugby saying, “Sunday got even better because a little baby boy arrived at my house!”

The Young And The Restless (Y&R) Spoilers: Victor Unaware That Chelsea Is Faking, Promises To Help Her Recovery