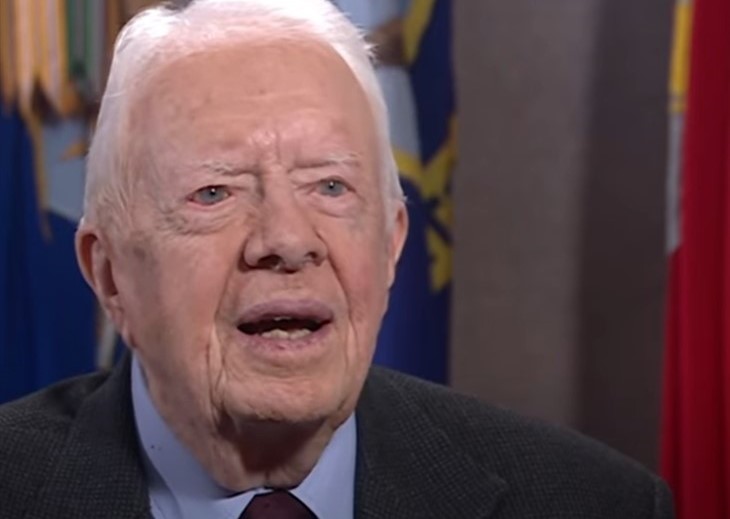 British royal family news reveals that the death of the UK’s Prince Philip on Friday morning has prompted an outpouring of condolences from worldwide leaders. Former Presidents George W. Bush and Jimmy Carter were among those who expressed their condolences in tribute to the 99-year old Prince Phillip.

The Queen announced on Friday morning with “deep sorrow” the death of Philip at the age of 99, whom she called her “strength and guide” throughout their remarkable 73-year marriage and her 69-year reign.

Bush said in a statement from himself and former first lady Laura Bush, “Laura and I are saddened to learn of the passing of Prince Philip, the Duke of Edinburgh.”

“Throughout his long and remarkable life, he devoted himself to worthy causes and to others. He represented the United Kingdom with dignity and brought boundless strength and support to the sovereign.”

He went on to say, “Laura and I are fortunate to have enjoyed the charm and wit of his company, and we know how much he will be missed. We join those around the world offering heartfelt condolences to Her Majesty Queen Elizabeth II and the entire Royal Family.”

Meanwhile, Carter’s library included an image of him and other heads of state dining with them in May 1977 during the G7 Summit in London.

The current President, Joe Biden, has yet to release a statement.

On Friday House Speaker Nancy Pelosi tweeted a statement on behalf of the entire U.S. Congress. It read in part, “The US Congress extends condolences over the passing of Prince Philip, whose life was distinguished by an inspiring ethic of dedicated service. May it be a comfort to Her Majesty & the Royal family that so many mourn with & pray for them at this sad time.”

Royal Family News – Prince Philip Dead At The Age Of 99

The Duke of Edinburgh had been recently hospitalized for a month with an infection and he also underwent a heart procedure. He was released to spend his final days at Windsor Castle with his wife, who he lovingly called Lilibet.

The Royal Family issued this statement following his death: “It is with deep sorrow that Her Majesty The Queen announces the death of her beloved husband, His Royal Highness The Prince Philip, Duke of Edinburgh. His Royal Highness passed away peacefully this morning at Windsor Castle. Further announcements will made in due course. The Royal Family join with people around the world in mourning his loss.”