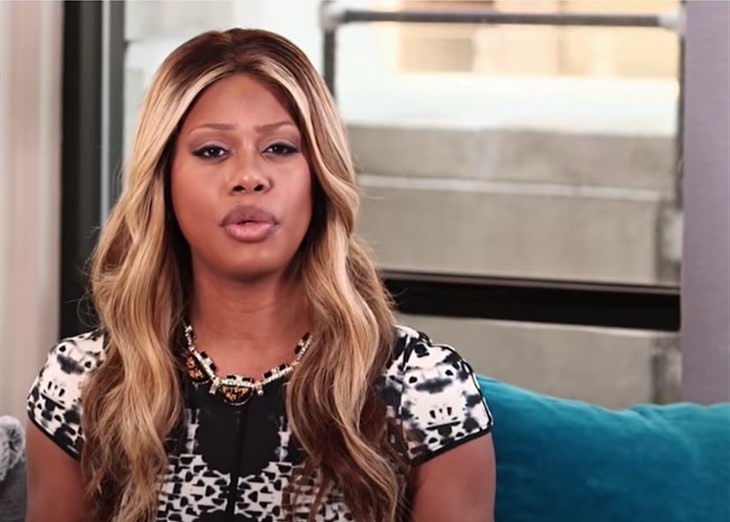 The Blacklist followers should expect a new face in the March 12 episode of the NBC drama series. Emmy Award nominee Laverne Cox (Orange is the new black) is set to feature as a guest star in the highly anticipated season 8.

According to TVinsider, the actress — who has featured in series of movies including Curb Your Enthusiasm, The Mindy Project, and Doubt — has been given a spot in the TV drama series as she will feature as the episode’s blacklister Dr. Laken Perillos known as a sadistic interrogator who loves torturing her victims via unorthodox ways.

Blacklist  – What To Expect From The Guest Star In This Episode?

We already know Dr. Laken Perillos and her unhealthy interrogatory methods; viewers should expect nothing but an action-packed performance from her. Unfortunately for Red (James Spader) and Dembe (Hisham Tawfiq), they are Perillos’ (Laverne Cox) victims after Townsend hired her.

What transpired between Townsend, Red, and Dembe? How did Laverne Cox perform in her latest movie adventure? Watch this week’s episode of The Blacklist to find out. It will air on Friday, March 12, on NBC.

Rundown Of Unmissable Stories Making Headlines In The Entertainment World

Get ready for another exciting time with Jimmy Kimmel as the Coronaversary is set to hit your screen once again. The show promises to be fun as prestigious individuals, Joel McHale and U.S. Transportation Secretary Pete Buttigieg, will feature as the guests during the unique part of the program. Adam Duritz will thrill viewers with excellent music performance. Coronaversary comes up on Thursday, March 11 at 11:35/10:35c on ABC.

2. The Wire’s Crew Returns To HBO For Another mind-blowing Series

Remember “The Wire?” It was an HBO series that caught people’s attention across the globe. Most of The Wire’s crew, including David Simon and George Pelecanos, are coming together to create another captivating limited series titled “We Own This City,”

According to The Variety, the forthcoming series is based on the Baltimore Gun Trace Task Force’s true story and will be jointly produced by David Simon and George Pelecanos. Stay tuned until the lovely series hit the HBO screen later in the year.

One of The Daily Show’s correspondents, Romney Chieng, seemed to have fallen in love with a scripted role as he will appear in Disney+’s upcoming Doogie Kamealoha (a reboot of Doogie Howser).

Following a successful appearance in NBC’s Young Rock, The Deadline reveals that the Asian actor has successfully gotten a guest star post in the upcoming drama. The media outlet further claimed that the comedian-turned-actor would act as a heart surgeon charged with the responsibility of hastening young Doogie’s healing process.

The followers of the Amazon Prime conspiracy-thriller series “The Terminal List” should expect a new face when the next episode is officially released, following Jeanne Tripplehorn’s decision to be part of the action-packed movie. Report emanating from The Deadline suggests the will play Lorraine Hartley’s role —the first female Secretary of Defense.

Days Of Our Lives (DOOL) Spoilers: Gwen Claims To Be Pregnant With Chad’s Baby?