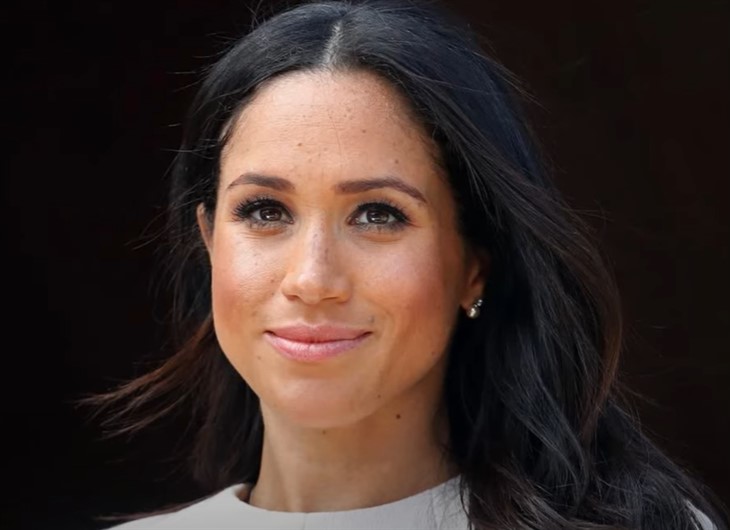 British royal family news reveals that the rumor mill is on fire with speculation that Meghan Markle needs to take a page out of Aretha Franklin’s playbook. Has one senior advisor checked the mouthy former game show girl by telling her that she, “needs to start respecting the Queen?”

Former presidential adviser Jason Miller spoke out about Meghan and the current royal family dynamic. It’s not known if Meghan has been told anything about respect, but he shared his opinion on the state of relations between the Time cover girl and her in-laws.

He told The Sun that he believes some members of the royal family should be told to, “check some of [their] thoughts and ambitions at the door. Number one rule of being a royal is don’t disrespect the Queen.”

When asked specifically about Markle, he said, “I think she should have more respect for the institution of the Royals and I think that when you marry into the Royal Family, there’s a certain sense of decorum that I think that you’re signing up for that you need to check some of your thoughts and ambitions at the door.”

He added, “I think that when you have the Queen you have to be respectful of the Queen.” His words echo the sentiment of many a royal fan and a plethora of royal experts. Meghan’s latest apparent dig at the queen came during her self-aggrandizing birthday tribute to herself. In August the failed princess filmed (sadly it was not a parody) a video in which she asked for donations, seemed to mock the queen, and relegated Harry to the backyard for the express purpose of juggling his balls.

It’s been widely reported that there is tension between the Markle’s and the royals especially after they booked an Oprah Winfrey cryfest to throw his family under the bus.

There is no confirmation of the bad blood, only speculation.

Not helping to keep the rumor in check, it’s been leaked that Harry has been writing a tell-all memoir due to drop in 2022. The Penguin Random House book is expected to be a barn burner with experts speculating that in exchange for his reported multimillion dollar advance he will be expected to spill more Earl Grey than the colonists dropped at the Boston Tea Party.