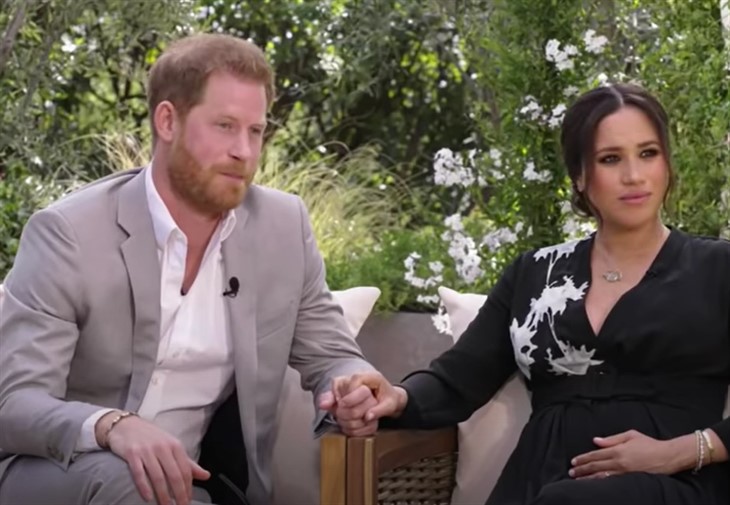 British royal family news divulges that insiders are alleging that the UK Royal Family has, “more important things to worry about” than Prince Harry and Meghan Markle’s distasteful sit down interview with Oprah Winfrey.

That’s because the patriarch of the legendary family, Prince Philip, has just been transferred from a private hospital to a specialist cardiac hospital.

And yet in the midst of this dire family situation, Harry is clowning on the The Late Late Show and promising to air his family’s dirty laundry to a worldwide audience.

Royal Family News – Prince Harry Has No Regard For His Family?

After a two-week stay at King Edward VII Hospital, Prince Philip, Duke of Edinburgh, 99, was moved to St. Bartholomew’s Hospital in London for “testing and observation for a pre-existing heart condition” yesterday.

His dramatic move came hours after an explosive clip of the Sussexes interview was shown.

Insiders say that Buckingham Palace is ready for “shocking” and embarrassing revelations from Meghan and Harry ‘s interview, but insist that the family’s sole focus is ailing Philip. As it should be—what is wrong with you Harry?

An insider told the Telegraph, “The family is very worried about him and their thoughts are very much with him rather than this Oprah interview. They have much more important things to worry about.”

Royal experts have urged Harry and Meghan to bow at the feet of CBS and ask for a postponement of the salacious interview. Richard Fitzwilliams thinks a delay is appropriate while Robert Jobson told MailOnline, “The fact that the couple plan to go ahead with airing their self-indulgent, no holds barred interview with chat show queen Oprah Winfrey makes them appear heartless, thoughtless and supremely selfish.”

Philip turns 100 in June. He spent 14 days at the hospital in Marylebone after it being said his stay was temporary on February 16. After his transfer this his longest ever stay in the hospital.