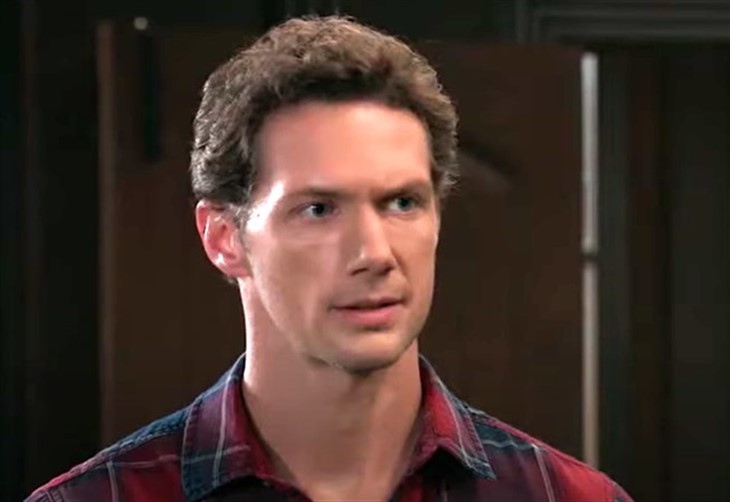 General Hospital spoilers show Brando Corbin( Johnny Wactor) came into Port Charles with a bang. Sonny Corinthos (Maurice Benard) and his family was under attack from Cyrus Renault (Jeff Kober). Carly Corinthos (Laura Wright) was about to be shot in Sonny’s coffee warehouse when Brando took the bullet that was for Carly.

It was a surprise for General Hospital’s Corinthos family that Brando was alive because his mother Gladys Corbin (Bonnie Burroughs) had told Sonny that her son was dead. Sonny had needed to give Dev Cerci (Ashton Arbab) a family connection because he was in the county illegally. It was decided that Brando would be Dev’s father.

General Hospital recaps and spoilers show in time Brando gained the trust and respect of the Corinthos family. He became the pretend father to Dev. He started to help Sonny and Jason Morgan (Steve Burton) to deal with Cyrus. It was decided that Brando would work undercover with Cyrus so that Sonny and Jason could take him down.

Brando went to work for Cyrus as his chauffeur. Cyrus began to trust Brando. He started to give him more important tasks to take care of. Cyrus had decided to try to become friends with Sasha Gilmore (Sofia Mattsson). Sasha was taking drugs at the time to help her to deal with many different issues.

Next on General Hospital, Cyrus gave Sasha an experimental drug which gave her a heart attack. Cyrus wanted Brando to deal with Sasha. Brando decided to take Sasha to the hospital which did not make Cyrus happy. Brando started to get close to Sasha after he save her.

General Hospital Spoilers – Brando Corbin Is In A Difficult Position

Recently Sonny has been declared dead after falling off a bridge in New Jersey. During that time Carly decided to have Cyrus’ mother Florence Grey (Annie Abbott) kidnapped. Cyrus was understandably upset with this situation. He tasked Brando with the job of finding his mother. However Brando could not find Florence which has caused him to have a problem with Cyrus. Brando went to Jason to see if Jason could help him. Jason decided to shoot Brando. It was to keep Brando safe from Cyrus. Brando is currently unable to look for Florence.

If Brando can walk away from Cyrus will he help Jason to take Cyrus down? Will Brando find love with Sasha with all the danger that he faces? Tune into General Hospital to find out what Brando will do.  Check back here for more GH spoilers, news, and updates.