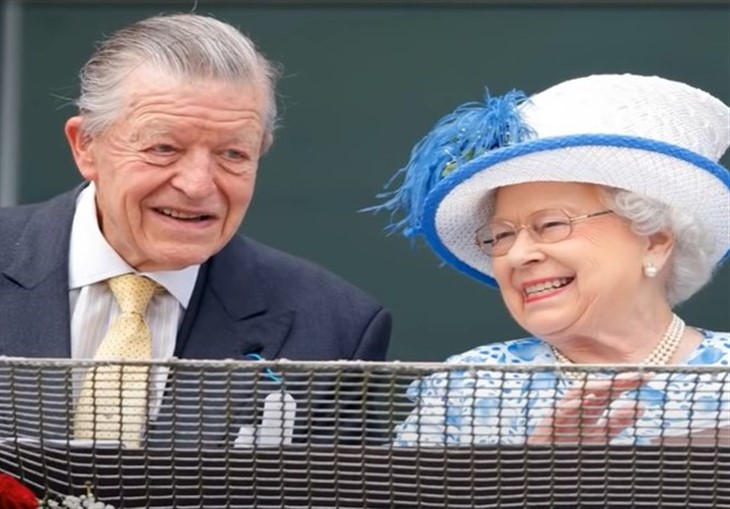 The death happened just a few days before the Queen’s milestone birthday on Wednesday, April 21. It was reported that the man had been ill for some years before he passed.

“Having been paid to do what I would have done for fun had I been a rich man, I must be the luckiest of all chaps, because there was never a better and more knowledgeable owner to answer to,” Sir Oswald once said as reported by The Times.

Following his death, the Queen’s current racing advisor, John Warren, remembered how the late Sir Oswald had handled his duties working for the Royal Family through the long years, “Sir Michael did a magnificent job managing the Royal Studs for so long.”

“He was deeply committed to the studs, the Queen, and the Queen Mother. He was extraordinarily enthusiastic and got such a buzz out of all the royal winners,” Warren told Blood Horse Magazine in an article that was published on April 18.

Friends And Family Pay Tribute To The Late Sir Oswald

People who knew him in life praised him for his true passion for his job and how invested he carried out his duties, and he began working for the Royal Family by serving the Queen Mother as racing manager, and later as Queen Elizabeth’s jumps adviser after the Queen Mother’s death.

“Sir Michael had the most amazing twinkle and such a lovely impish air about him,” said Henderson, a trainer of royal jumpers for well over two decades. “He really was the most lovely man and came out with such wonderfully witty lines. He had a marvelous military background and always referred to his wife, Lady Angela, as the commanding officer.

“He was very close to the Queen and the Queen Mother and loved his role with their horses. He would go absolutely anywhere to watch them run, even in the last few years when he was in his eighties. He lived in Norfolk, but would happily drive all the way to Exeter. The Queen once said to me that we had to stop Michael traveling all over the country. I did very respectfully point out he was the only one who could do that.”

His wife remembered him as a man who lived his dreams every single day and was always happy to play his role to the fullest every waking day.

Another long-time friend, bloodstock agent David Minton, remembered him in a short sweet message: “Like Prince Philip, he was one of those people who enjoyed talking to everybody. He was amazing and one of the nicest, most charming men you could ever meet.”