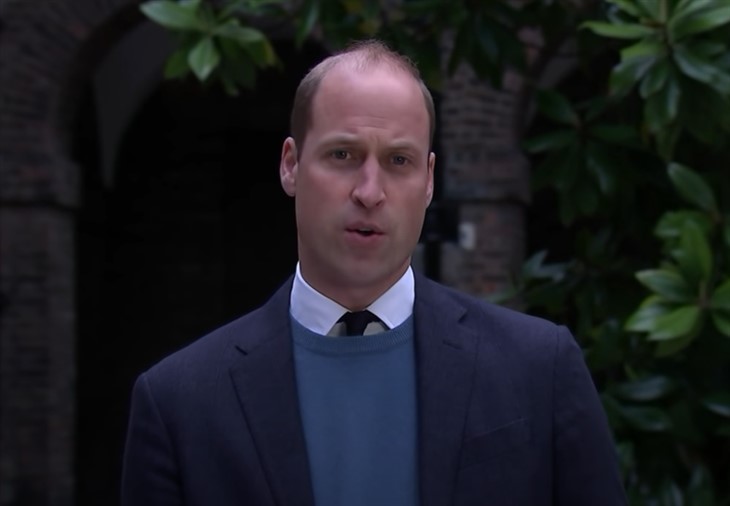 British royal family news reveals that Prince William, Duke of Cambridge is now on a week-long tour of Scotland with his wife Kate Middleton. He was seen at an Edinburgh football club talking with members of a lower league club following his brother’s latest rant against the Royal Family.

Prince Harry wasn’t content to rip his family in an Oprah Winfrey tell-all so they partnered up for a series called The Me You Can’t See. In it, Harry pointed a finger at his father Prince Charles calling him out as a bad dad.

He claimed that Charles allowing him and brother William to suffer via something he called “genetic pain.” He claimed, “My father used to say to me when I was younger, he used to say to both William and I, ‘Well, it was like that for me, so it’s going to be like that for you. That doesn’t make sense. Just because you suffered, that doesn’t mean your kids have to suffer.”

Worldy-wise Harry went on, “Actually quite the opposite. If you suffered, do everything you can to make sure that whatever negative experiences you had, you can make it right for your kids.” Sadly Harry is airing his disgruntlement to the world instead of to his father.

If William was ruffled by his brother’s latest attack on the monarchy he will one day inherit, he took the high road. During his visit, he practiced his touch skills at Ainslie Park Stadium, home of The Spartans FC. Afterward, the president of the Football Association talked to footballers from the UK’s four national teams on a video call.

The visit follows his comments about the BBC and disgraced reported Martin Bashir whose 1995 interview with his mother the late Princess Diana was found to be conducted under deceitful circumstances. An official report stated that the broadcaster covered up “dreadful behavior” by Bashir in order to gain access to the Princess of Wales.

William said of the report, “It brings indescribable sadness to know that the BBC’s failures contributed significantly to her fear, paranoia, and isolation that I remember from those final years with her.”

He went on to say that the broadcaster, “let my mother down, my family down and let the public down too.”

In a rare show of unity with his brother Prince Harry echoed this sentiment in his own statement: “The ripple effect of a culture of exploitation and unethical practices ultimately took her life.”