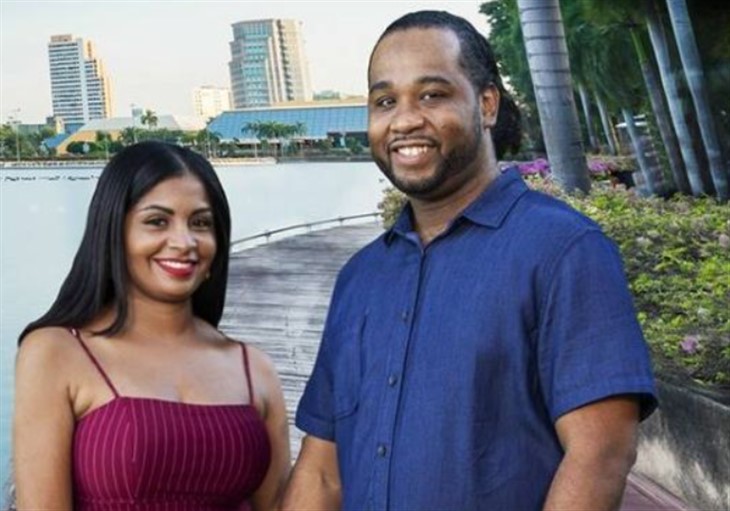 90 Day Fiancé stars Anny Francisco and Robert Springs officially revealed the gender of their second baby. The happy couple announced it in an Instagram post, drawing positive reactions from fans.

Anny Francisco and Robert Springs have finally announced the gender of their upcoming bundle of joy. The 90 Day Fiancé couple took to Instagram and shared an adorable gender reveal, which appeared to be taken on the set of Pillow Talk.

Robert and Anny look over the moon as they tease the gender of their baby. They’re accompanied by their two kids Bryson and Brenda.

Right in front of the family is a gender reveal cake with the words “Boy or Girl?” Bryson then threw blue and white confetti, confirming that his next sibling will be a boy.

Anny and Robert first revealed their second baby in April. Anny shared a photo of herself holding her baby’s sonogram, saying, “I am so happy to announce that we have a healthy baby on the way! Our family is growing! I am so emotional and happy to have my babies, my second blessing.”

Robert Springs and Anny Francisco are clearly excited about their upcoming baby boy. The 90 Day Fiance stars have been eager to grow their family despite some people doubting them.

In the past, Anny clashed with Robert’s former mother-in-law after asking whether or not she’s using birth control. She even went as far as offering money in exchange for Anny’s return to the Dominican Republic.

But the 90 Day Fiance couple has proved her wrong as they seem to be stronger than ever. And now, with another baby on the way, it’ll only get livelier in their household.

Anny added that Bryson “wants the house full of kids,” but joked she’s not ready for it. The reality star also revealed her plans to return to her home country with Robert soon.

The 90 Day Fiancé celeb is hoping to introduce her husband to her family in the DR. Apparently, Robert has yet to meet them despite being married to Anny for over a year now.

The Young And the Restless (Y&R) Spoilers: Is Tara The Real Bad Guy – Nick Furious & More