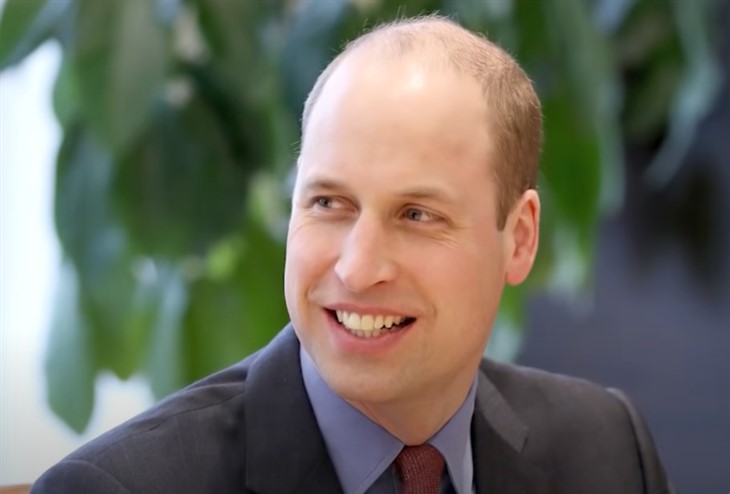 British royal family news reveals that Prince William, Duke of Cambridge is on a tour of Scotland and his hosts have made sure he won’t go home empty-handed. Today he spent the day in Edinburgh touring faith-based community organizations and received some thoughtful mementos to take home to his family.

His first stop was the Grassmarket Community Project. The group supports vulnerable people via social enterprise and there he was gifted with several presents made by the charity’s members. Charity CEO Jonny Kinross said, “We made him a lovely little gift set, something for all the kids and something for the Duchess.”

For Prince George, Princess Charlotte, and Prince Louis, William was given a toy tartan Greyfriars Bobby dog. Each dog was personalized with its names. For Kate, there was a lovely brooch made from Greyfriars tartan fabric shaped like a rose.

Kinross shared that William “loved” the gifts and that a wooden quaich was also included among the carious presents. A quaich is a small ceremonial bowl: “We made it in the woodwork shop, it’s gorgeous and he loved that.”

Catherine Jones is the charity’s director of social enterprises and she described William as, “very pleasant. We’re a very small standalone charity, so it was a real honor…It’s good for getting our name out there so that people know we exist.”

The charity was developed in partnership with Greyfriars Kirk, a church that first opened its doors in 1620. It is located in a part of Edinburgh known for the story of Greyfriars Bobby, a terrier dog who became famous after refusing to leave his owner’s graveside. A life-sized statue of the terrier sits on a fountain in the area.

During his visit, William visited the center’s workshop where he took a stab at sawing some wood. “It was a bit nerve-wracking to watch him,” Kinross joked. “That was the nice thing though, he took part, he participated, he was up for it.”

Kinross enthused that William, “comes across as somebody who most people would get along with, and I’m sure that will help him as he goes forward.”

He added, “You could tell he was really listening because he was picking up on little details about people…He showed empathy and understanding as it’s been a tough year.”