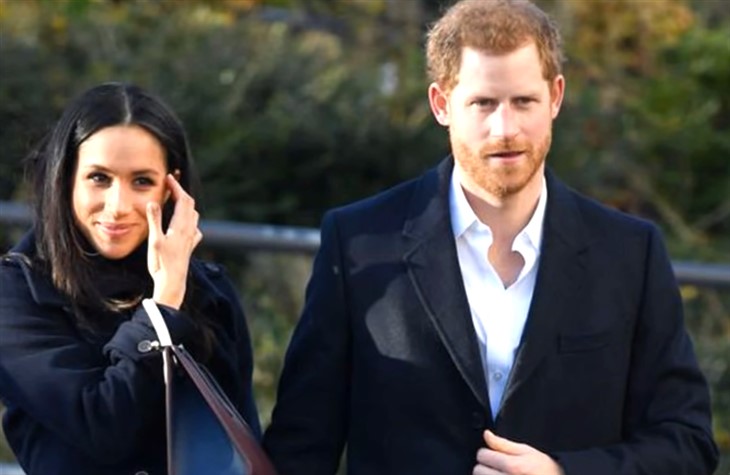 British royal family news reveals that the rumor mill is running amok with talk about the Next Big Thing coming from Prince Harry and Meghan Markle. What more could they possibly do to become more infamous, more legendary in their own minds?

According to their pet journalist we should all be watching for a huge breakout move from the thirsty couple who were loudly booed at a VIP awards show last week. According to Meghan’s soul mate, none other than her biographer Omid Scobie, these two could be about to set Hollywood itself on its ear.

Yep, Scobie Doo is making predictions and we’re listening because frankly he is always good for a belly laugh. After abandoning the monarchy, Prince Harry and Meghan Markle fled to the US in search of “financial freedom.” They have indeed signed multiple million dollar contracts with giants like Spotify and Netflix, but to date have done zero, zip, nada to justify those dollars.

They’ve also made a big production about hiring lots and lots of people to outfit their pie in the sky outfits like the Archewell thingamajig. So when can the public expect to see great things from the couple who crow about their wish to be “impactful” while they are currently on a leave from the non-work they were doing beforehand?

Luckily there is Omid Scobie to talk for them and keep the Markle’s in the news they claim to hate so much. According to him, the Markle’s are on the cusp of changing mankind as we know it. He told Royally Obsessed, “All that was said to me was, ‘oh man, you don’t even know the half of what they’re working on. They are aiming so high.’” Oh man, I can hardly wait. Tell me more Omid!

“I think one thing that may surprise at some point and this is just my own guess is where we’re going to hear some sort of movie announcement.”

Omid added, “It’s only a matter of time before they have acquired the rights to a really incredible story that they’re able to bring to life through a movie or a television drama.”

Wow he sure seems to know an awful lot all the while not knowing the half of it, doesn’t he?

The chatty pro clacked on, “We’ve heard a lot about the non-scripted work but there is that whole side of the production company that is scripted.”

“It’s only a matter of time before that comes to life and I think that’s really exciting because it’s a side of them we’ve never seen or heard of before but one they’re really eager to get into. Being able to step into Hollywood a little bit but try and do it in a much more impactful and socially conscious way.”

“That’s going to be really interesting to me.” Told ya, Scobie Doo is always good for a good, old-fashioned chuckle—you’re welcome.