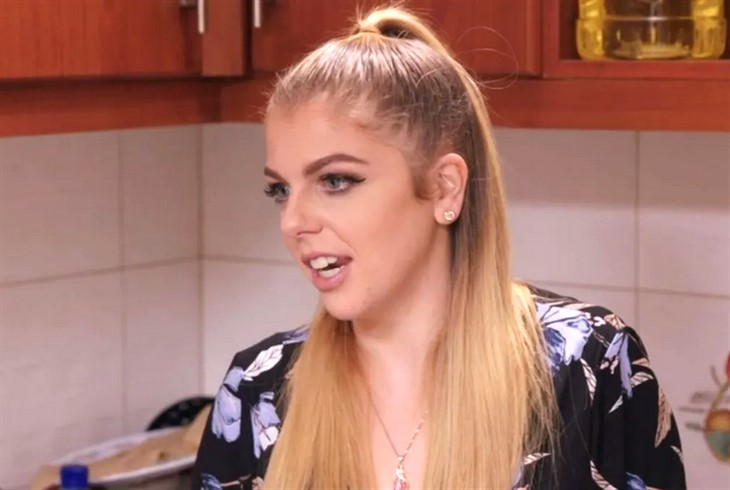 90 Day Fiancé star Ariela admits to being close friends with her ex-husband Leandro. Let’s face it, they were married for ten years so it isn’t totally surprising they are close. However, fans believe that the TLC reality star is taking things too far right now and upsetting her husband, Biniyam, in the process.

Between the previous season of 90 Day Fiancé: The Other Way and the start of this season, Ariela and Biniyam became fan favorites. With their cute posts on social media, the couple and their little son Aviel were a pleasure to follow.

However, in the latest season, Ariela is being called out over her ex-husband Leandro’s visit to Ethiopia. While everyone understands that they are close friends, fans truly believe Ariela’s ideas of a blended family are terrible. She has even suggested that Leandro could be the stepfather to her and Biniyam’s son, Aviel.

Fans have noticed in recent episodes of The Other Way, Ariela has been so excited over Leandro’s visit. So much so, that she got herself all dressed up for his arrival, but forgot to wear her wedding ring. They have noticed how Biniyam looks sad and uncomfortable around Leandro. Bearing in mind that his previous American wife left him, taking their child back home, he is obviously concerned that Ariela will do the same.

In one scene of the show, fans believe Ariela took things way too far with Leandro. This was when she handed Avi to her ex-husband and told him he could have had a child with her if he had wanted.

Reddit user U/greengoddess831 shared screenshots from the show on Reddit, including the upsetting lines, “You could’ve had a baby like this, but you didn’t. You missed out,” and “But maybe Leandro wants to be the step-father?” The Redditor was truly alarmed over Ariela’s actions and words and their negative effect on her husband, Biniyam. They wrote, “Bini has a [sic] every right to be concerned, what a sh*tshow!”

Many fans left comments on the post, with some saying they think Ariela still loves Leandro, while others believe she is just trying to make Bini jealous. Most believe Ari should let go of her past with Leandro and focus on her family life with Bini and Avi.

Of course, the current storyline could have been spun by TLC for more drama, as they have been known to do this in the past. It certainly is difficult to tell sometimes.

In the meantime, keep up with Ariela and Biniyam on season 3 of 90 Day Fiancé: The Other Way on TLC, Sunday at 8 pm ET/PT.