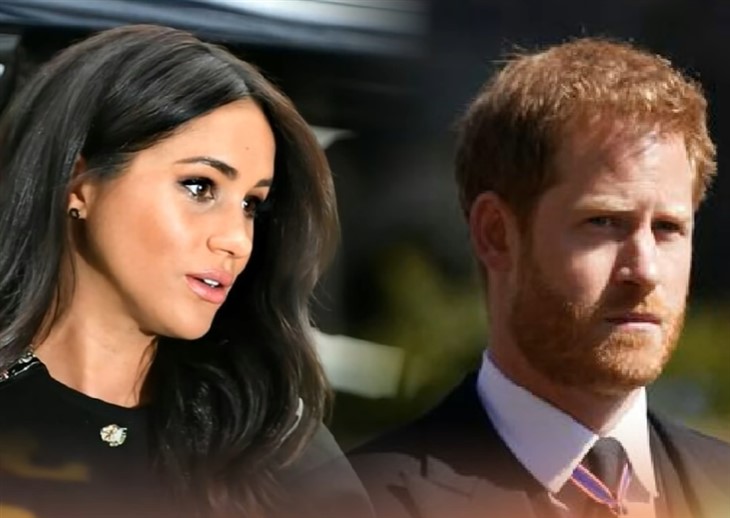 An author of the biography Finding Freedom said that Harry and Meghan’s mental health was “suppressed or ignored by certain quarters of the institution” of the British Monarchy.

According to Prince Harry and Meghan’s journalist friend, Omid Scobie, the couple’s situation when they were still with the Monarchy was simply “untenable”.

Omid is the co-author of the book Finding Freedom, which is written from Harry and Meghan’s side of the story through interviews and conversations with close friends of the couple. It sparked global headlines when it was first published last summer.

The book has now been re-released in paperback with a brand new and updated epilogue that matches the events that occurred since the book premiered. The improved epilogue shows a friend of Meghan saying that the Royal Family has not taken accountability since the bombshell Oprah interview in March, where the couple made a series of claims and complaints regarding their time with the RF.

In an ABC segment, Omid Scobie said: “It was very much the time being now for them to actually speak up and try and speak to some of those moments that many of us perhaps didn’t understand over the last couple of years.”

“There was this feeling that the couple had walked away from the monarchy because they just wanted more. They wanted to earn money in a different way.”

“But actually what we heard was a story that helped us understand why they were so unhappy within that space as well,” he continued. “Not only dealing with racism, but having their mental health suppressed or ignored by certain quarters of the institution.”

He added: “Those are things that are untenable for anyone, but we just didn’t know at the time it was happening [that’s what] was going on behind palace walls.”

In the couple’s two-hour sit-down with Oprah, Meghan shared with the world how she experienced suicidal thoughts as a result of the negative media coverage of her in the U.K.

She went on to describe how she had to summon the courage to tell Harry shortly after they were due to appear at the Royal Albert Hall for a performance by Cirque du Soleil on January 19, 2019.

Meghan said: “I was really ashamed to say it at the time and ashamed to have to admit it to Harry, especially, because I know how much loss he’s suffered. But I knew that if I didn’t say it, that I would do it. And I just didn’t want to be alive anymore. And that was a very clear and real and frightening constant thought.”

The re-released version of Finding Freedom added a few new revelations, including the incident when Meghan was photographed in Los Angeles attending an appointment about her miscarriage in July.

The book also touches on the Queen’s response to the Oprah interview and how it did not go unnoticed in the Sussex camp.

The sovereign, 95, released a statement 36 hours after the couple’s pre-recorded Oprah interview broadcast expressing sympathy for Harry and Meghan, but adding that “some recollections may vary.”

The book reads: “The Queen’s ‘recollections may vary’ comment ‘did not go unnoticed’ by the couple, who a close source said were ‘not surprised’ that full ownership was not taken.”

The authors further quoted a friend of Meghan who said: “Months later and little accountability has been taken. How can you move forward without that?”

“However, some feelings have subsided because time has done its things, so the door is very much open for those conversations to happen at some point.”