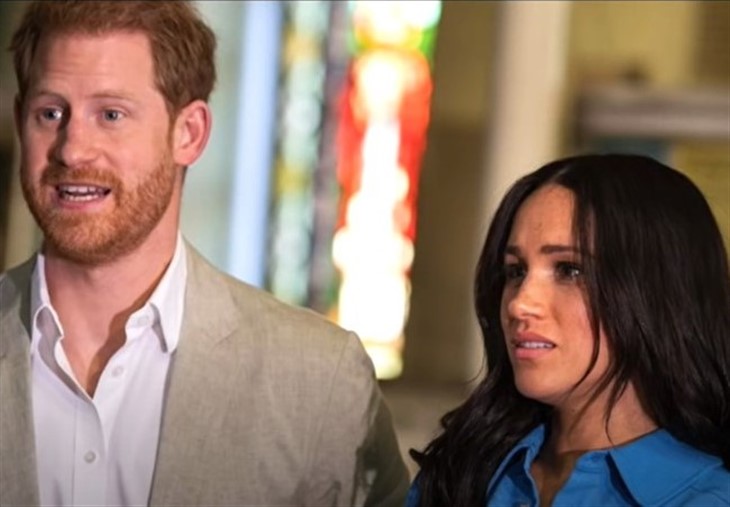 British royal family news reveals that Gayle King is brazenly beating the drum again today for Prince Harry, Duke of Sussex, and Meghan Markle. Yesterday she trotted herself out as their mouthpiece when she shared the content of private conversations between Harry and his family.

Today she preached for them on air in an incredibly distasteful display of what was probably meant to shine a favorable light on the Markle’s. The problem is that the shady couple is so far into the weeds it’s hard to imagine any PR strategy that would salvage their grubby and grasping reputations now.

What did squad girl Gayle do now? The broadcaster claimed that Harry and Meghan, the Duke and Duchess of Sussex, had a kill button in place with CBS to postpone their Oprah Winfrey interview if Prince Philip died.
Note to the Markle Posse: no one is impressed with your late, fake apology to a 99-year old man you willingly shoved under the bus wheels while he ailing in the hospital.

Philip is Harry’s grandfather and at this point in his life he deserves better treatment from his woke, too-far-gone grandson. He’s unlikely to ever get it however.

Royal Family News – Prince Philip Will Be 100 In June

King is besties with Oprah and she started off her repugnant monologue on her SiriusXM radio show like this: “Well, just so you know, they had done that interview before Prince Phillip went into the hospital. And if something, God forbid, had happened to him, the interview would not have run at this particular time. But the interview was done and was scheduled before he went into the hospital. But a lot of people have raised that point.”

This pathetic spin follows King’s attempt on tv yesterday to cement the Markle’s victim status at the hands of his family who obviously have pressing matters on the mind with Philip finally returning home yesterday.

The Markle’s vowed to shut up and go away after their Oprah interview; obviously they had their fingers crossed behind their backs. Yesterday Gayle told the world that Harry told her that he and brother Prince William and father Prince Charles talked over the weekend about his bombshell claims but the talks, “were not productive.”

Gayle also let it be known that Meghan is still waiting for her apology from the palace.

“So I think they wanted people to have some understanding about why they made the decision that they made and what they’ve been going through, and I do think that they accomplished that. I do. I think it was very brave of her and Harry to reveal what they did. It’s unheard of, and it certainly has been a ‘bombshell’, is the word.