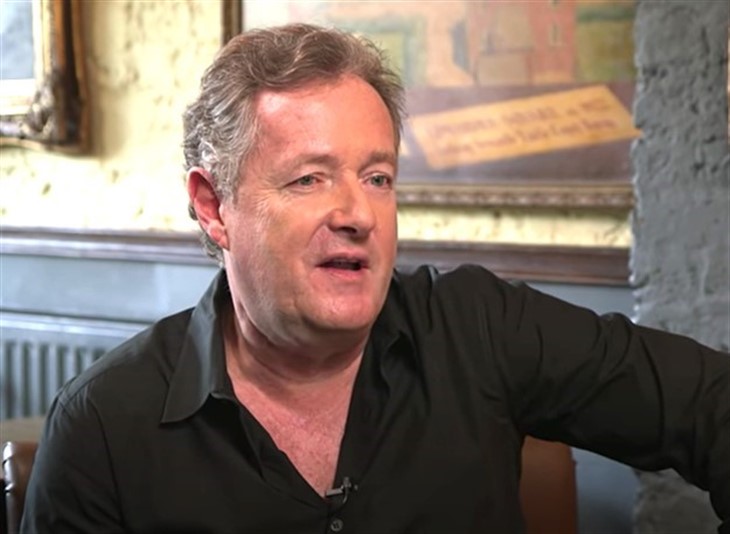 British royal family news reveals the stunning news that embattled Good Morning Britain host Piers Morgan has quit. His resignation from the ITV show came after an explosive conversation with a colleague on air regarding the Harry and Meghan Oprah Winfrey interview resulted in him walking off the set.

After the brouhaha, a social media campaign was launched to encourage complaints to Ofcom, the UK’s television regulator, over the incident and over 40,000 complaints immediately flooded in.

On Monday evening ITV announced that Morgan had quit the show he co-hosts with Susanna Reid.

An ITV spokesperson told MailOnline, “Following discussions with ITV, Piers Morgan has decided now is the time to leave Good Morning Britain. ITV has accepted this decision and has nothing further to add.”

The non-nonsense morning show host set social media on fire with condemnation of the outspoken figure after he said he, “didn’t believe a word,” of Meghan Markle’s bombshell Oprah interview in which she threw serious allegations of neglect and abuse at the royal family.

Today Ofcom announced an investigation into the complaints which were fueled by a social media campaign against Morgan.

Twitter users shared in droves that they had made a complaint to the regulator about the host’s comments and others tweeted instructions on how to make a complaint.

Labour MP Dawn Butler shared a statement by mental health charity Mind, who criticized his remarks, and asked, “what are you going to do?”

Earlier in the day the host stunned viewers by walking off camera during an on-air confrontation by ITV weatherman Alex Beresford.

Piers, who is also MailOnline’s editor-at-large, walked off the set saying, “I’m done with this.”

ITV re-aired the Oprah interview on Monday night after it aired Sunday in America. It also secured an exclusive interview with Meghan’s estranged father Thomas Markle.

Morgan and Beresford had been discussing the Sussexes’ tell-all interview with Oprah, where the couple accused the Royal Family of racism.

Beresford said no one should, “pick apart claims of racism.”

After the weatherman accused him of “trashing” Meghan, Morgan stormed off the Good Morning Britain set live on air. He originally joined the show as a guest host in 2015.

Susanna Reid went to an early advertisement break after the row and Piers returned after the ad break, saying he and Beresford needed to engage, “in a civilized manner given that we work at the same show on the same team.”

He added, “You launching into a pretty personally derogatory monologue on one of your colleagues probably isn’t one of the best ways to go about it.”

After the show ended Beresford tweeted what some interpreted to be a dig at Piers: “I wish I had the privilege to sit on the fence.”