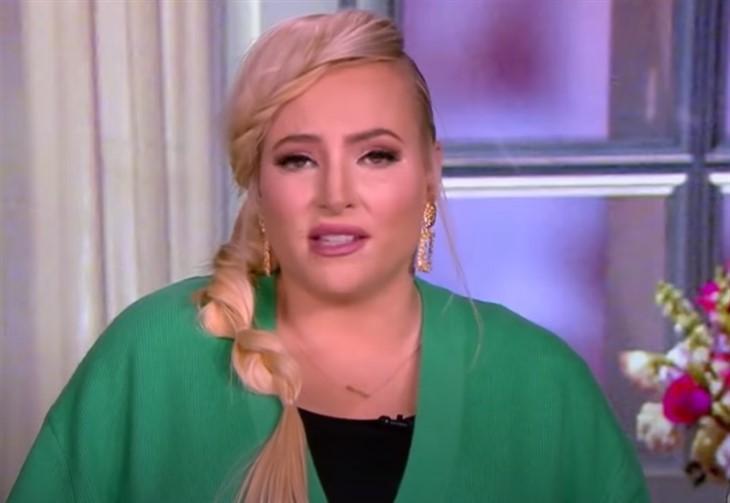 British royal family news reveals that talk show host Meghan McCain has turned the tables on those who accuse her of being irrelevant by accusing the entire UK royal family as no longer relevant.

She made the claim in the Tuesday episode of The View which she co-hosts with a group of other women.

What does Meghan, whose only other claim to fame is her late dad failed presidential hopeful John McCain, “I would literally rather eat a muddy tire than have to watch or have anything to do with Camilla and Charles.” McCain’s response was in reply to the co-hosts asking if people are interested in the royal family. But what does the blond talk machine really think? “I find them like the most boring people in the world. And I can say that because I’m an American and, you know, I know that people belove Queen Elizabeth and she’s a legacy.”

She also chimed in, presumably as an American, on how the royal family dealt with traitorous Prince Harry and his wife Meghan Markle. The couple slammed his family in a trashy tell-all with Oprah Winfrey and in 2020 publicly denounced The Firm. They later left for a life of celeb wokeness in LA.

McCain said she did not like how the thirsty pair, who have been accused of habitually twisting the truth, were “treated.” Her take on their repeated public humiliations of the monarchy is that they are attempting to, “modernize” something “old, archaic, and deeply irrelevant.”

Bless her soul, McCain added, “But, you know, I don’t like the way they treated Megan Markle and Harry. And I think Americans are pretty protective over them right now because she went over there and tried to help modernize, you know, something that’s in my perspective, old, archaic, and deeply irrelevant.”

Royal Family News: Kate Middleton May Seem Gentle And Sweet, But The Truth Will Shock You!https://t.co/agYWaQ0lOm

Spoiler alert: Meghan McCain talking about Meghan Markle does not speak for all Americans, despite the way she presents it. Not all, “Americans are pretty protective over them right now,” some people, even those beyond America, are not as impressed with the thirsty pair as she is.

The latest criticisms are that Hollywood Harry is a sell-out “rock star” after his latest preach (about vaccines) and that Meghan lifted her children’s book content and title from another author. Not much to be wowed by there depending on one’s (American or otherwise) standards.