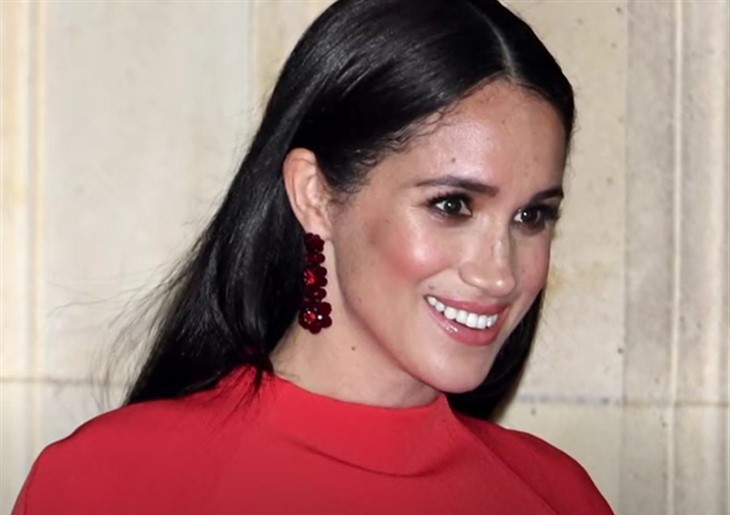 British royal family news spills that there is no shortage of anecdotes surfacing revealing bad behavior on the part of Meghan Markle, Duchess of Sussex, prior to her Oprah tell all interview.

According to one such unflattering example, the newly minted princess “went mental” at her personal assistant because she—gasp—presented her boss with blankets in the wrong shade of red. Off with her head!

Royal Family News – Did Meghan Markle Get Enraged Over the Color Red?

Reports say that soon after she became engaged to Prince Harry, Meghan hosted a get-together at Sandringham for her fiancé’s friends (which speaks volumes about her assuredness of her future role in his life).

A source told the Sunday Times that Meghan requested embroidered personalized red blankets for each guest, and told her PA Melissa Touabti to get on it, stat.

They added, “When they arrived, they weren’t the right shade of red for Meghan and she went mental at Melissa [Touabti].”

The Sunday Times reports that Meghan Thee Duchess declined to comment on the claims; maybe she will tell Oprah all about it during their Sunday cry fest?

Meanwhile, MailOnline stated it contacted the Sussexes, who have been accused of bullying staff, for comment on these ugly accusations.

In response, a spokesman for the Sussexes reportedly said the couple were, “the victims of a calculated smear campaign.”

All of this dirty laundry is being aired as the Markle’s themselves prepare to present their linen to talk show queen Oprah Winfrey. The interview has been termed a “sideshow” by palace insiders who claim that the British public have better things to worry about then the complaints of two disgruntled ex-royals. Like for instance a global pandemic and the Duke of Edinburgh’s health.

Royal Family News – Will The British Public Care About The Oprah Interview?

The two-hour interview will air in the US March 7 and the following evening it will be seen in the UK. At the same time Prince Philip will have been hospitalized for weeks, but apparently the Markle’s brushed off pleas to postpone the cry fest out of respect to his family.

Palace aides described the mood at Buckingham Palace as calm, with courtiers said to be maintaining a sense of, “this, too, will pass.”

One insider told The Mail on Sunday, “Most of what is said will be lost in the mists of time. History teaches us that only the interviewer wins from these programs.” And the network, too, of course, who racks up millions in ad revenue.