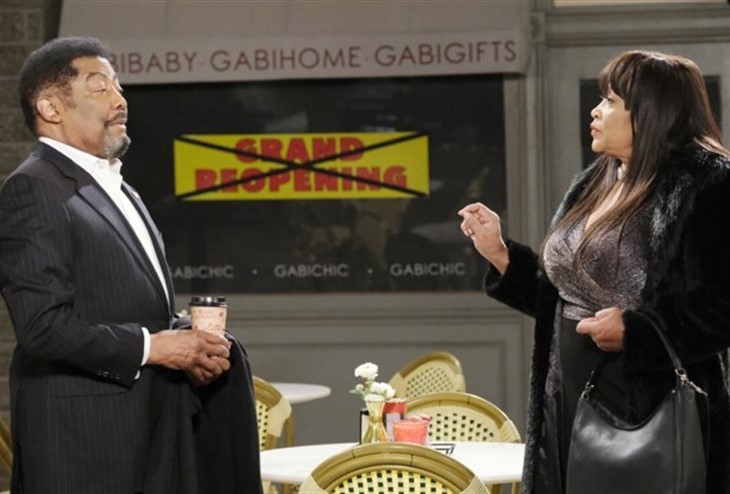 Days of Our Lives spoilers say that if Jackee Harris looks familiar, that’s because she is no stranger to the daytime television world. The television vet is playing a new character by the name of Paulina Price and recently opened up to Soap Opera Digest about finding a new home in this fictional town of Salem. Here’s what she has to say.

Even though it’s been some time since Jackee last set foot on the set of a daytime television show, she says that she is absolutely excited to come back and play a fabulous and fun but also fierce character like Paulina. And while she was certainly looking forward to her first day on the new job, Jackee admits that it hasn’t been easy. After all, the last time that she played a soap opera character was when she portrayed Lily Mason on Another World from 1983 to 1986.

Jackee puts it this way, “It’s daunting just doing it every day. I’ve got reams of paper because I’m old fashioned. I have the scripts to see what the other storylines are; I don’t just do my party. One week they had me in all day long, every day, and I didn’t want to see anybody after I finished. I couldn’t talk. I couldn’t utter a word. I couldn’t drink. I couldn’t eat. I just had to sit there and breathe.”

DOOL News – Paula Price Has Her Eye On Abe Carver

Luckily, Jackee has since managed to find her ‘groove’ so to speak, and is enjoying every second she gets to spend in her new home. Plus, there is so much more that fans will soon learn about her character. She might seem like she’s sweet from the outside, but from within, she’s more than a tad bit salty. Jackee puts it this way, “She’s scandalous and she has a past but she’s definitely got her eye on Abe Carver, for sure.”

Let us know your thoughts on this story in the comments section below. Are you a fan of daytime television? Be sure to catch up on everything happening with Days of Our Lives right now. Come back here often for all the latest Days of Our Lives spoilers, news, and updates.