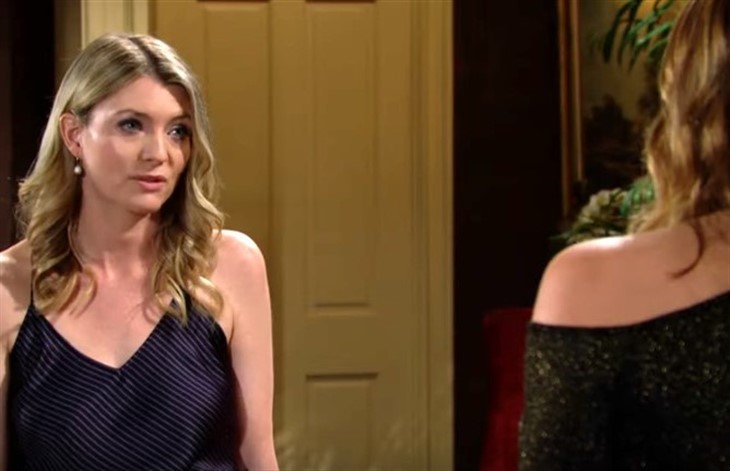 The Young and the Restless (Y&R) spoilers say that Summer Newman (Hunter King) has a thorn by her side and that thorn’s name is Tara Locke (Elizabeth Lanier). When Tara first showed up in Genoa City with her son Harrison Locke – which is presumed to be Kyle Abbott’s (Michael Mealor) son too, Summer was understanding. If Kyle is indeed the father of this child, then Summer doesn’t want to get in the way of what could be a very precious father and son relationship. That’s why she’s been very helpful and accommodating up until this point. But now that Tara’s true colors are coming out, Summer knows that something needs to be done about her – and fast, too. Here’s what you need to know.

While Summer and Kyle certainly have had their fair share of ups and downs over the years (along with a love triangle that included Lola Rosales), things have been pretty solid for them these last few years. In fact, their relationship was moving in the right direction with their engagement and they were now planning what will be the most important day in both of their lives – their wedding. But with Tara and Harrison in the picture, things have gotten complicated.

Tara’s husband Ashland Locke (Richard Bulgi) might not have much longer to live. It’s suspicious that she managed to produce documents that show a cancer diagnosis for him along with DNA results that say Kyle is Harrison’s father. One would say that Tara looks like she is trying to close one chapter of her life while at the same time opening up another. Is she trying to leave her life behind with Ashland just so she could start a new one with Kyle? And if Kyle is really the father of young Harrison, then why did she wait this long to speak up? Something just isn’t adding up.

But knowing what kind of person Summer Newman is, she’s not going to let someone like Tara pull the rug up from underneath her. She’s pretty good at sniffing a manipulative rat. If Tara is not telling the truth, you better believe that Summer is going to do something about it, or better yet, get rid of her. Watch this space as we have a feeling that the drama is about to start soon enough!