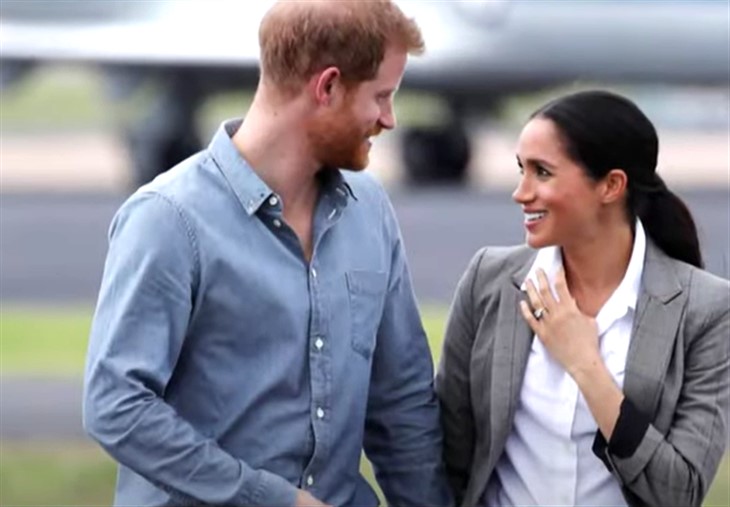 British royal family news shows that ‘As The Firm Turns’ is now a soap opera to rival anything American or British channels could churn up.

On the one hand is the rogue prince, Harry, Duke of Sussex who has absconded to America to seek fame and fortune while the good and obedient prince, William, sits and stews as he waits for his turn in the royal big boy chair.

Who is right and who is wrong? That depends on your point of view, but these two characters are not the only figures the audience has to root for or against.

Spicing things up there is a raven-haired, American divorcee, B-list cable actress whispering in red-headed Harry’s ear, turning his head and about to provide him with his second Hollywood heir.

Sadly, there is pathos in the form of an ailing 99-year patriarch, Prince Philip, who has just had heart surgery and has not been heard from for two weeks.

Royal Family News – As The Firm Turns Is A Melodrama

The latest turn in this twisty saga is the sobering allegations of bullying that have been lodged against Meghan Markle, Harry’s wife and celeb in waiting.

Her former chief of staff, a distinguished and respected professional, apparently made a formal complaint back in 2018 that included lurid accusations of Meghan’s repeated mistreatment of palace staff.

These allegations appeared in UK newspaper The Times newspaper on Wednesday. Meghan’s highly paid and overworked PR team denied the allegation, like clockwork.

But then the story thickened with intrigue as Meghan declared she was the victim of a smear campaign meant to attack her character.

Royal Family News – It’s a Case Of Royal He Said, She Said

Buckingham Palace was forced to release their own statement in which they said, “bullying won’t be tolerated” and that their HR department is investigating the claims against Meghan.

Perhaps the most extraordinary part of this ‘he said, she said’ back and forth in the media is the royal family coming out of the woodwork and making a formal declaration.

“Never complain, never explain,” has been the motto of the Royal Family since forever. For them to publicly address a claim against them, especially one involving an estranged, non working member, is nothing short of miraculous.

But wait, there’s more! On Sunday the thirsty Pair known as the Ginge and Whinge show will appear on CBS to tell Oprah Winfrey all about their grudges and grievances from when they were still living on the public’s dime in the kingdom.

As The Firm Turns is no longer an inside royal joke, on Sunday at 8 pm it will become the world’s most watched soap opera.