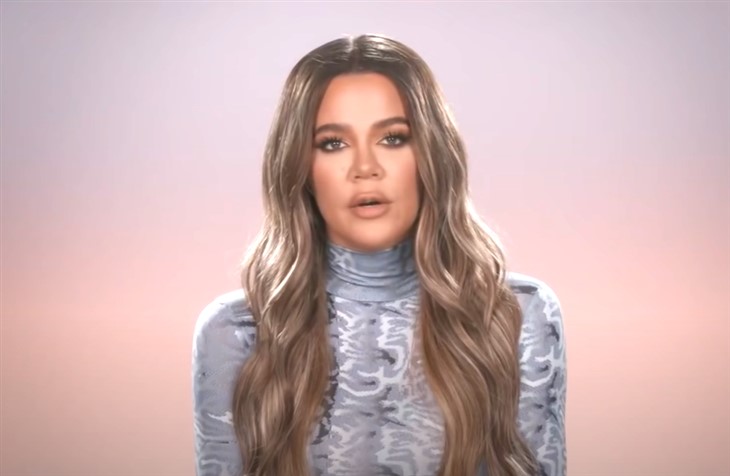 We already knew that Keeping Up With The Kardashians mom/manager Kris Jenner had trained her daughters Kourtney, Khloe, and Kim Kardashian as well as Kendall and Kylie Jenner to manage their public relations carefully.

But a recent controversy that started on the social media platform Reddit and went viral shows just how well Kris succeeded. Get the inside story on what happened after an unedited bikini pic featuring Khloe Kardashian was posted.

The brouhaha began over a bikini pic posted in the Reddit Keeping Up With The Kardashians (KUWTK) community. The photo of Khloe Kardashian was unedited, and viewers of the photo commented on how pretty Khloe looked without Photoshop.

But compliments didn’t save the picture, which got deleted by Reddit in response to a copyright notice.

As one fan wrote, “[Khloe Kardashian] looks normal for once and they went through all of this to remove it 😂.”

According to another Reddit community that documents drama on the social media platform, the original photo (which was reposted and removed on several other sites) was shared on Saturday night.

Followers of Khloe noted the differences between the unedited photo and Khloe’s pictures that she posted on her Instagram and other sites.

“[The] picture of Khloe Kardashian looked a lot… different from her other pictures. No ultra exaggerated hips and a realistic waistline. Originally the sub was supportive of this pic, but also felt duped,” noted one Reddit user.

The photo also made it to outside sites such as Lipstick Alley, where it was also deleted.

Who Shared the Khloe Kardashian Unedited Bikini Pic… And Who Says It Needs to Be Deleted?

“The color edited photo was taken of Khloé during a private family gathering and posted to social media without permission by mistake by an assistant,” said Tracy Romulus, chief marketing officer for KKW Brands.

However, another report claims that the photo was posted by Mary Jo “MJ” Shannon, who is Khloe’s grandmother.

The representatives from the Kardashian family requesting the removal have said that it was not authorized for publication. But Reddit commentators are convinced that the lack of editing and air-brushing are the reasons for the removal rather than some sort of authorization.

Two theories exist about who is demanding that the unedited picture of Khloe wearing a bikini get removed:

● “Someone is reaching out and asking on behalf of Kim [Kardashian], making it sound like they were gonna be sued,” claimed one Reddit user, or

● The Kardashian family’s PR team is sending messages stating that the photo has to be removed.

“Khloé looks beautiful but it is within the right of the copyright owner to not want an image not intended to be published taken down,” insisted Romulus.

Reddit also posted a photo of a DM that the user claimed was from Kim Kardashian’s PR representative.

“Hi babe,” began the message. “Can you please delete that last photo on Khloe. The image was stolen and doctored and originated from a fake IG account.”

That message, however, if true, is a contrast to those who viewed the actual photo and noted that rather than “doctored,” the picture appears to be a real picture of Khloe without the usual Photoshop.

The Bold And The Beautiful (B&B) Spoilers: Why Paris Needs To Watch Her Back