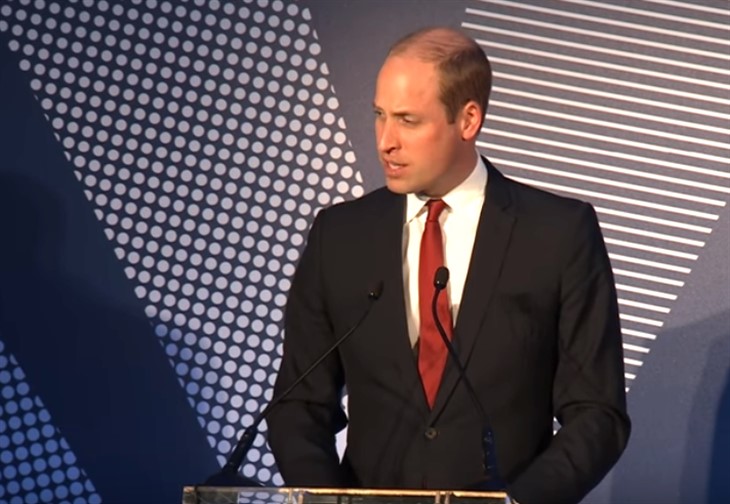 Prince William is seeking to empower young people to change the future by launching a new five-year plan that pays a touching tribute to his mother, Princess Diana.

Since Diana’s tragic death in 1997, her sons – Prince William and Prince Harry – have sought to find a way to keep her legacy alive and have jointly supported “The Diana Award” – the charity created in honor of Diana’s legacy that young people should have the power to change the world. For the next five years, William’s project will aim to empower youths to make a substantial change within the next five years.

The Duke of Cambridge wrote a poignant forward for “The Diana Award’s” new plan Future Forward, which was launched on Thursday to coincide with the International Day of Youth, and highlighted the effect of the pandemic on the lives and the dreams of so many youths.

“The lives of thousands of young people have been impacted by the global pandemic, with education interrupted, work opportunities disrupted, and social connections strained,” Prince William began. “Yet many of the young people who I have been fortunate to meet over the last year have shown an enormous passion and commitment to helping their communities recover and rebuild – and beyond that, are working hard to tackle the social inequality and injustice that they see in the world around them.”

He added: “Organisations like The Diana Award have never been more important in nurturing the talent of young people and working with them to change the world for the better by celebrating their successes; creating opportunities for growth; and ensuring that young people have a seat at the table.”

Prince William explained the challenges that young people face in the world of today, but he shared his hope that all that can change.

“Future Forward sets out The Diana Award’s blueprint for how change can be achieved, with young people at its heart.”

“I am excited to see what The Diana Award and the young people it empowers can achieve together,” William concluded.

The Diana Award Aims To Give Voice To Young People

The Duke and Duchess of Cambridge shared the news of the launch on their official social media channels on Thursday, writing, “We’re excited to see what the Diana Award and the young people it empowers can achieve together – great to see the launch of #FutureForward today.”

Tessy Ojo, CEO of The Diana Award also commented about the latest project and the many changes it could bring about. “We know young people are often closest to society’s problems with many at risk of poor mental health and low social mobility.”

“In the shadow of the pandemic, we need to take action now. Who better to lead that change than young people? We know young people have the talent, passion and insight to shape the future and lead the recovery. Our Future Forward strategy empowers young people to lead positive change.”