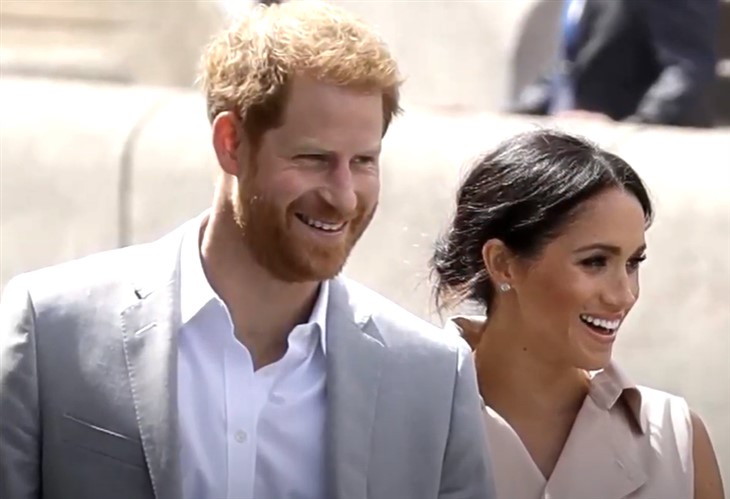 The Sussexes may have left their royal life and duties behind, but they are not afraid to cash in on the “unique” fame that royalty brings. Almost all of the Sussexes’ big interviews, if not all, have got royal family spills as one of its most boosting topics, and while pop culture may believe that no news is bad news, this is actually not the kind of news the royals need to be getting right now.

Apparently, the Cambridges’ are working harder than ever to salvage the firm’s image, including silently taking in all of Prince Harry’s blows and obviously wishing it would stop, but Prince Harry’s got the foot in and a topic he dares them to bash: Mental Health.

From the bombshell Oprah interview to actually collaborating on an AppleTV+ series that documents mental health with Oprah, Prince Harry is making a name for himself without the royal family, but with their “royal topics” as selling lines.

During Prince Harry and Meghan Markle’s interview with Oprah in March, they revealed that Oprah Winfrey had previously reached out to them to request an interview, but Meghan said that due to the situation at the time, and also trying to avoid clashing with the royal family, the interview invitation was declined. But now, life outside the royal family has given the couple wings and they intend to fly as high as possible and snip a few feathers on the way to the sky.

Meghan notably made it clear in her interview with Oprah that they will keep coming after the royal family, as long as the royal family throws the first punches. “I don’t know how they could expect that after all of this time, we would still just be silent if there is an active role that the Firm is playing in perpetuating falsehoods about us.”

We haven’t seen the royal family throw the first punch, maybe a behind-the-scenes call at night, but “candid Harry” would probably tell the world about it. So far, all we’ve seen the Sussexes do is play the victims, and the Cambridges patiently wait to tire them out without a public altercation.

The Royal Family And Mental Health

While mental health is a very important topic and I actually applaud them for the job they’re doing removing the stigmatization and creating a global awareness for mental health, I do feel like they’re using the platform wrongly. I thought mental health was about letting go of the traumatic past and healing from pain, not to keep venting about it over and over again, but Prince Harry’s mental health journey isn’t only about discussing the pains and the fears that plague him at night, it’s also about pointing fingers.

I know that everybody has their individual and very unique ways of dealing with mental stress, but even in the digital world, there’s still such a thing as oversharing.

I guess my point is that the Duke of Sussex is big on advising people to listen to someone who’s going through a challenging time, but sometimes mental health is also about looking after someone else. By constantly going after his own family, and even literally calling his father Prince Charles a bad parent, isn’t he triggering in someone else, his family in this case, the very thing he wants to fight: mental stress.