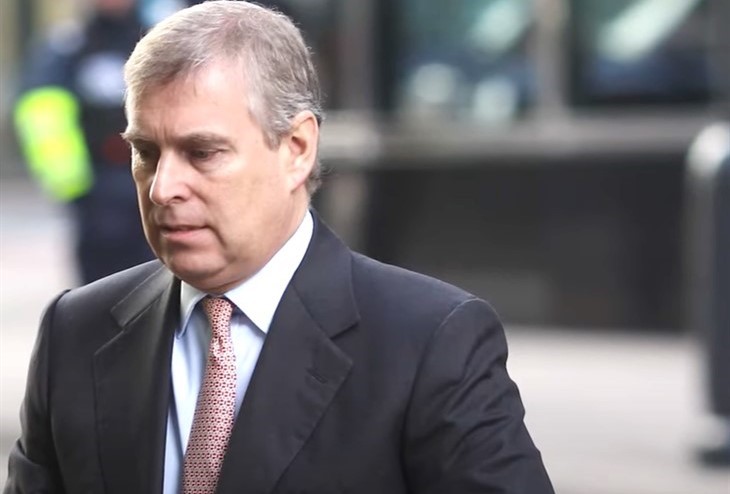 British Royal family news reveals on Friday, Princess Beatrice was taken to the hospital where she delivered a baby girl on Saturday night in a London Hospital. The Sun reported at the time that Prince Andrew could be leaving his hideout at Aberdeenshire to make the 500-mile trip to London to see his daughter and her newborn.
But it seems that Prince Andrew is not done playing hide-and-seek at the 50,000-acre Balmoral Castle.

The Duke Of York In “Lockdown” For Several Months

Rather than visiting his granddaughter who arrived at the Chelsea and Westminster Hospital in London, the Duke of Edinburgh continued to lay low to avoid being served his court papers.

According to reports, he hasn’t left his mother’s grand Balmoral Castle in fear of meeting the process servers.
His lying low is proving annoyingly futile as U.S. attorney David Boies’ firm served him with a number of apparently valid methods, including depositing papers with his U.S. lawyer.

On Tuesday, Reuters reported that Virginia Roberts Giuffre’s lawyers filed notice that her civil suit, which accuses the Duke of raping her on three different occasions starting at the age of 17, was successfully delivered to his L.A. lawyer Andrew Brettler via email and messenger service.

This means that if Prince Andrew persists on ignoring the suit, he could face a default judgment within 21 days.
Further proof of attempts to serve Andrew was made by Boies Schiller Flexner, who shared a picture of an envelope addressed to Andrew at his home Royal Lodge being slipped into a U.K. mailbox.

The judge presiding over the case, Lewis Kaplan, notified Andrew’s lawyer in a conference call made last week that he had no doubt Prince Andrew would be properly served in due course and cautioned him against wasting time on the technicalities. Andrew is still obstinate in staying put and out of sight, despite the facts. The Daily Mail’s society columnist Richard Kay wrote that Prince Andrew “is showing considerable resilience” and seems to want to stick to the strategy for the time being. Kay added that Andrew “remains convinced that the inconsistencies in the Virginia Roberts account will tell in the end.”

A source told Kay: “He has, in effect, been in lockdown ever since the Newsnight interview, so far longer than anyone else in the country, but he is coping.”

The Duke of York’s continued determination to remain behind his mother’s estate walls despite mounting anger at his schemes to evade appearing in court and, of course, the birth of his granddaughter, is astounding.

The Sun quoted a royal insider as saying: “Andrew has made it quite clear that he wasn’t leaving Balmoral. It would appear the advice to him was to stay in hiding and miss the whole thing.”

Andrew’s ex-wife Sarah Ferguson has reportedly met with the new baby over the weekend. A source close to Sarah shared the news: “She’s perfect and Sarah is absolutely smitten.”

Though Prince Andrew claimed that he doesn’t have any recollection of meeting said Virginia Giuffre, a picture which promptly became in wide circulation showed that the pair did meet. The uncropped picture showed Andrew with his arm around Giuffre’s midriff in Ghislaine Maxwell’s London flat.