The Royals Descend On Balmoral To Decide Prince Andrew’s Fate 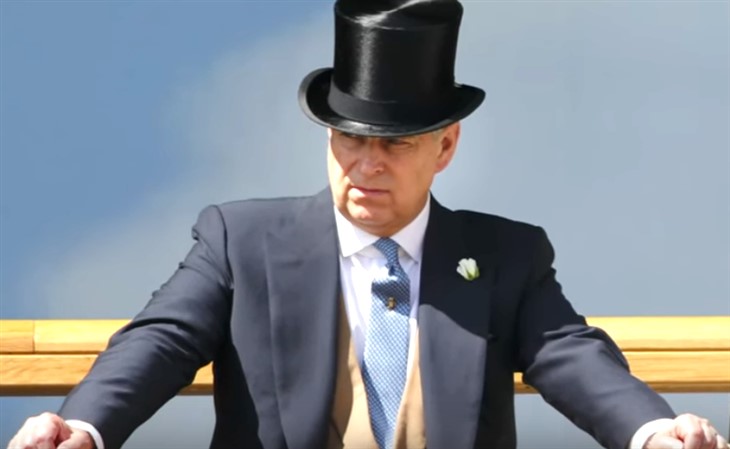 British royal family news reveals that as is her summertime tradition, the queen has had a steady flow of visitors to her Balmoral estate. But this summer there is a scandal to deal with and how it resolves is anyone’s guess. The person at the middle of the scandal is present at the Scottish estate where talk has reportedly turned to how to deal with a lawsuit brought against Prince Andrew.

Royal Family News – How Will Prince Andrew Handle A Lawsuit?

According to People, a source told the Mirror on Thursday that, “Prince William is reportedly restarting conversation with his father, Prince Charles, about Prince Andrew as renewed scandal over alleged sexual abuse has ushered in fresh scrutiny of the Duke of York.”

“First and foremost, Charles and William are united; there will never be a return to public life for Andrew.” It was reported that father and son were previously instrumental in pushing Andrew to the shadows due to the matter, now it appears he will dwell there indefinitely.

Royal Family News – How Will The Monarchy Deal With Andrew?

According to the source, the direct heirs to the throne, aka William and Charles, “along with members [of the royal family], are undoubtedly increasingly concerned about the effect all of this turmoil could have on the Queen.”

Andrew’s public scandal comes at a time when Prince Harry and wife Meghan Markle have launched multiple verbal attacks against the monarchy.

William is third in line to the throne behind Charles and it makes sense that he would be involved in key decisions that affect the monarchy.

This week Virginia Roberts Giuffre filed a lawsuit in New York alleging that Andrew, “had repeatedly forced her to participate in non-consensual sex when she was under the age of 18.” In turn senior royals are said to be, “increasingly concerned the fallout will create ‘unwelcome reputational damage to the institution’ of the monarchy, a source close to Charles told the Times of London on Thursday.”

Royal Family News: The Royals are Currently At Balmoral

On Friday, Prince Charles and Camilla, Duchess of Cornwall arrived at their home on the Balmoral estate. Prince Andrew and his ex-wife, Sarah Ferguson, arrived on Tuesday and their daughter Princess Eugenie arrived with her family on Wednesday.

On Monday, Giuffre conveyed to People, “As the suit lays out in detail, I was trafficked to him and sexually abused by him.”

“I am holding Prince Andrew accountable for what he did to me. The powerful and rich are not exempt from being held responsible for their actions. I hope that other victims will see that it is possible not to live in silence and fear, but to reclaim one’s life by speaking out and demanding justice.”