New Days Of Our Lives Spoilers & Rumors: ‘Xarah’ Wedding Bells! Will Xander And Sarah Make It This Time? 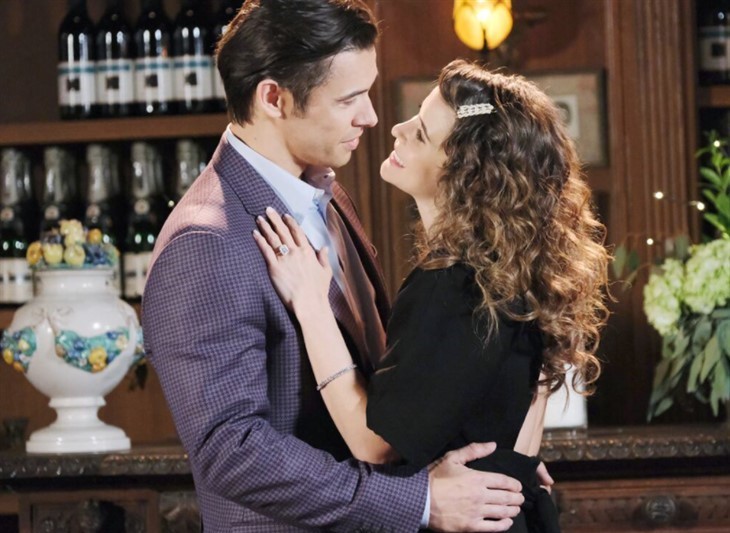 Days of Our Lives (DOOL) spoilers and rumors reveal that Xander Kiriakis (Paul Telfer) will propose to Sarah Horton (Linsey Godfrey). They planned a wedding once before on NBC Days, but it wasn’t the right time and was for the wrong reasons. This time, DOOL spoilers hint Xander’s proposal comes straight from the heart with no secrets and no hidden motives.

Days Of Our Lives Recap & Spoilers – The Last Wedding: Secrets, Scandals, And Schemes

DOOL spoilers reveal that the last time Xander and Sarah had a wedding, it was a disaster. Sarah had learned about Xander switching her dead baby with Kristen DiMera’s (Stacy Haiduk) healthy newborn. He had kept it a secret for an entire year. She discovered the news on her wedding day, but that’s not the only reason the marriage was doomed. When Xander proposed, it wasn’t the right time. It was rushed and based on desperation rather than genuine love. Plus, no marriage should begin with secrets, scandals, and schemes.

According to the new issue of Soap Opera Digest spoilers, February Sweeps 2021 will feature Victor Kiriakis (John Aniston) crushing Xander. It’s not really a deliberate act to destroy the semi-reformed villain. But Xander has self-esteem and insecurity issues. He has always been the family outcast and the black sheep. Despite his cocky attitude, it’s a cover so nobody sees his vulnerability.

All he’s ever wanted was Victor’s approval and to be a valued member of the family. That’s why he goes above and beyond for Victor, including doing all his dirty work. The only thing Xander wanted was some sort of acknowledgment for working so hard to protect Victor and Titan. He is basically dismissed while Philip Kiriakis (Jay Kenneth Johnson) gets a free pass. It has Xander consider quitting Titan and distancing himself from Victor.

Next Month Days Of Our Lives Spoilers – Kiriakis’ Epiphany

If Xander proposed before the Titan letdown, Sarah probably would have said no. However, she sees tremendous growth with Xander, especially with him walking away from Titan. She has secretly worried about Victor’s negative influence on Xander, as well as roping him into all kinds of devious schemes. Xander would become preoccupied and obsessed with proving himself to Victor or doing his dirty work. Plus, the patriarch would make promises to Xander, then go back on his word. Sarah watched Xander’s heart drop each time and she would have to pick him back up.

Now that Xander is ready to walk away and make his own path in life, she would love nothing more than to walk with him on that journey. What kind of changes will we see with “Xarah” and when might they tie the knot? Perhaps a baby is in the near future?

Be sure to catch up on everything happening with DOOL right now. Come back here often for Days of Our Lives 2021 spoilers, cast changes and news, and DOOL soap opera updates.