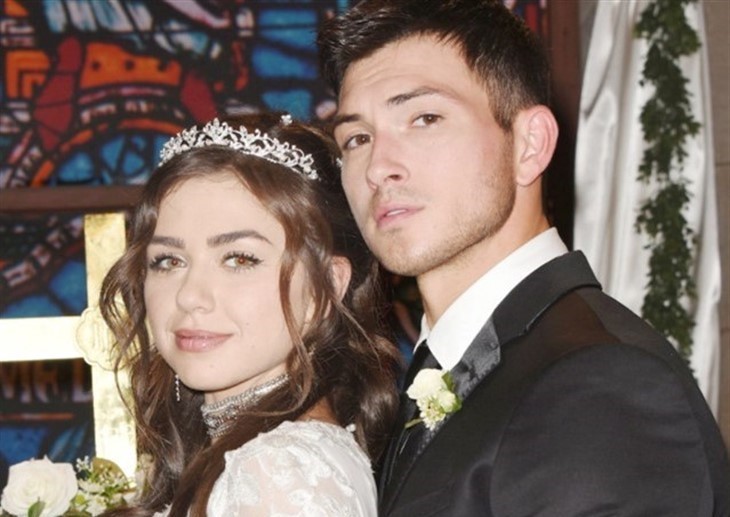 Days of Our Lives (DOOL) spoilers tease that in Salem Ben Weston (Robert Scott Wilson) may have a crucial memory that pushes him down the right path. DOOL viewers know Ben and Ciara Brady Weston (Victoria Konefal) had the wedding of their dreams before it was all blown to smithereens. The explosion separated Ben from Ciara and briefly left her fearing he was dead.

Nevertheless, Ciara ultimately followed her heart along with the clues and found out where Eve Donovan (Kassie DePaiva) stashed Ben. It was just one of many instances where one of them was in trouble and the other came to the rescue. That’s kind of Ben and Ciara’s thing at this point!

During the week of January 25-29, Days spoilers say Ben will gaze at a picture from his wedding day. Ben will seem miles away as he thinks back on a happier time with Ciara. However, Ben will also look rather puzzled as he holds this framed photo and reflects.

Will Ben’s wedding memories provide a clue or at least his motivation to search for Ciara? Days of Our Lives spoilers say Ben will indeed get a reason to be hopeful – some sign that maybe he should trust his gut and go get his wife back.

Perhaps Ben will realize Ciara thought he was gone for good right after the fire broke out. Ciara was devastated for about an episode until she realized there was no sign of Ben’s body in the vestibule. Ciara’s situation is obviously similar since she was presumed dead in an explosion, but there’s no body to prove that.

Of course, Days writers could go for another angle – like a memory immediately following the wedding involving Vincent Belman (Michael Teh). Perhaps Ben could remember something Vincent said to him that could bring a new lead.

No matter how this plays out, Days spoilers say Ben will do some wedding reflecting before he determines Ciara might indeed be alive. It’s possible something about Ciara and Ben’s nuptials will help Ben decide he has to pursue this. Even if Ben just views his wedding memories as something worth fighting for, it’s important for Ben to have a reminder to recapture what he’s lost.

Royal Family News: Queen Elizabeth Has a Favorite Grandson And It’s Not William Or Harry