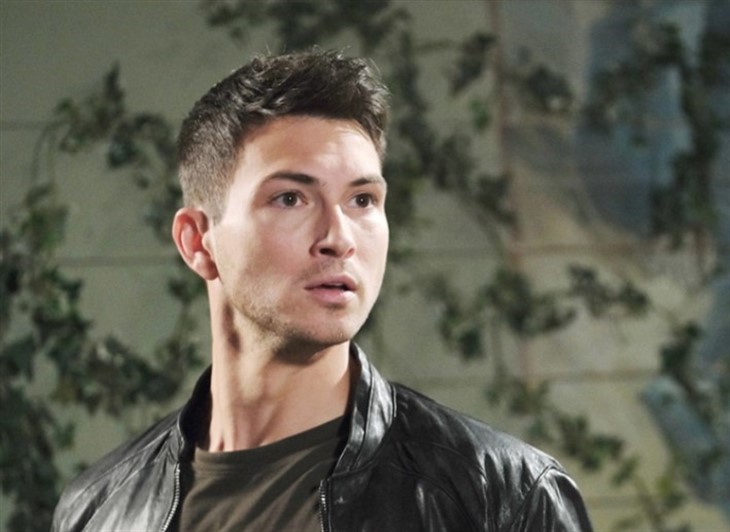 DOOL spoilers reveal that Ben can’t move on from Ciara. This week, the couple’s one-year wedding anniversary arrives. Ben isn’t just thinking about Ciara. He can feel her and everything inside of him is saying she’s alive. He knows what the investigator wrote in the official report… that there is no way she could have survived. They even had a memorial service for Ciara. However, Ben knows that Ciara is trying to reach out to him.

A few months ago, an audition reel was posted on Vimeo. It was taken down quickly, but before some fans got a good look. It indicated that Vincent Belman’s (Michael Teh) pilot was supposed to pick him up, along with Ciara. Things didn’t go according to plan, though, and the car exploded. The kidnapper warned Ciara that she was going to be held captive for a very long time. He also explained that she would continue to be his prisoner as long as Vincent kept paying him.

In a Days of Our Lives spoilers promo clip, it is confirmed we will see that Ciara is indeed alive. Her captor is a man named Rhodes (Jason Downs). Ciara isn’t wearing shoes in the clip and it’s likely tied to the spoiler that she makes a run for it. When Rhodes catches her, he probably takes her shoes toi discourage her from trying to escape again.

Days Of Our Lives February 2021 Spoilers – ‘Cin’ Compared To ‘Jarlena’

“I’ve always been fascinated when a couple is written in the stars, fated to be together. Marlena can feel when John is in danger, for example, and so we decided to go with that and make it a component of the story, that Ben and Ciara are finding ways to reach out to one another, almost on a psychic plane, during this time.”

At some point, Ben finds where Ciara is being held captive. However, it is teased that he’s not expecting to see an enemy there. That makes it sound like Ben doesn’t just encounter a thug, but it’s a villain that he knows. Who could it be and how are they connected to Vincent, Rhodes, and the kidnapping storyline?

Be sure to catch up on everything happening with DOOL right now. Come back here often for Days of Our Lives two weeks ahead spoilers, DOOL news, and comings and goings updates.