New Bold And The Beautiful Spoilers: Finn Comes Between Thomas Forrester And Vinny Walker – Will Paternity Test Truth Come Out 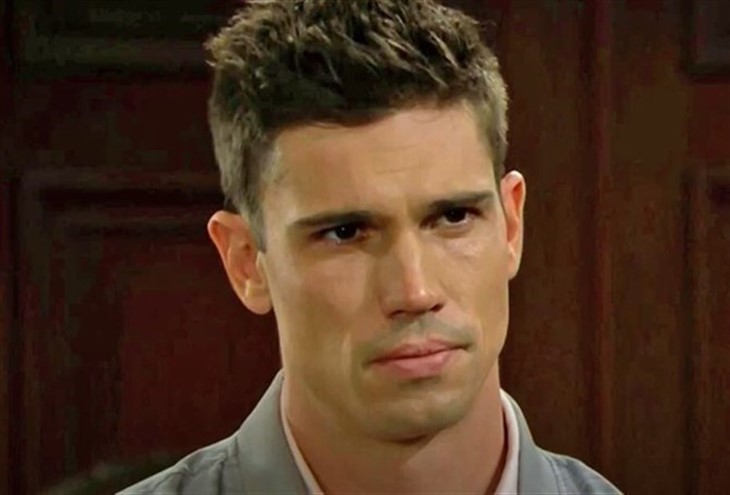 Viewers of The Bold and The Beautiful will remember from previous episodes that Thomas had figured out that Vinny, who works in the hospital lab altered the paternity test that his sister had taken. Steffy Forrester (Jacqueline Macinnes Wood) had slept with Liam Spencer (Scott Clifton) and her boyfriend, Finn, during the same time period and then discovered she was pregnant. Liam and Steffy had gone back and forth with each other about keeping their tryst, which they both regretted a secret, but with the pregnancy, felt they had to tell the truth.

Vinny had kept nagging Thomas about taking advantage of the marital trouble resulting from the pregnancy between Liam and his wife, Hope Logan Spencer (Annika Noelle) to get Hope back. Vinny made such a big deal about it that Thomas was suspicious. But Vinny kept being evasive every time Thomas would ask about if he altered the test, and his evasiveness has continued to make Thomas more and more suspicious!

According to The Bold and the Beautiful recaps, Vinny’s not being forthcoming with Thomas has begun putting a rift between the two lifelong friends and Thomas may confront Vinny again at his job about his altering the test. Finn recently had looked for the results of lab tests on a patient of his and they were not ready – he may again go to the lab and encounter the two men in a violent argument!

B&B Spoilers – Dr. John Finnegan Gets In The Middle Of The Fray

The prospects of The Bold and the Beautiful’s Vinny having altered Steffy’s paternity test is so emotional for Thomas that the two of them may very well come to blows, if Vinny doesn’t spill! Thomas is sure because of Vinny’s evasiveness that he is lying and he wants to literally choke the truth out of him although he will restrain himself from actually following through. He hopes to give him a good scare, however.

Bold and the Beautiful spoilers tease Finn still needs his patient’s lab test results and he has become a little suspicious of Vinny as well, as something just didn’t hit him right about his attitude towards him when he said he recognized him as Thomas’ friend. As he approaches the lab to ask about his patient’s test results, he hears two men arguing – and he recognizes one of their voices as that of Thomas! He enters the lab to find Thomas and Vinny embroiled in a violent argument, with Vinny worried that Thomas will get him fired for bothering him at work!

Thomas doesn’t want Finn in the middle of them because he doesn’t want Finn to know that he suspects the paternity test has been altered! He doesn’t want to get Finn’s hopes up! Thomas knows that Steffy’s unborn child is of utmost importance to Finn, because Finn loves Steffy; by extension, he loves the baby even though he thinks it’s Liam’s because of the test results!

However, B&B spoilers show Finn has already heard enough to know that the argument is over Vinny the lab tech possibly having altered the test results! Finn indeed gets in the middle of the two men and also demands the truth. He is able to get the two men separated and knows what has to happen. Either the paternity test will need to be redone, with an independent lab providing the results, or the original results have to be found if Vinny didn’t overtype them in the computer!