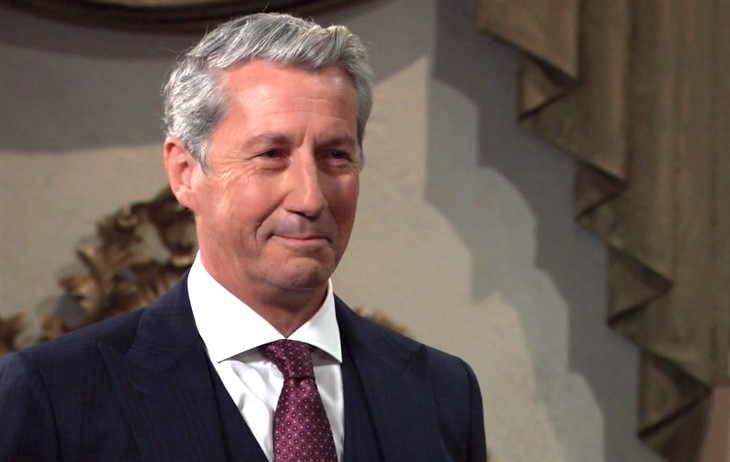 General Hospital recaps reveal Maxie Jones (Kirsten Storms) plucking a hair out of Valentin’s head to get a DNA match on her late husband Nathan West (Ryan Paevey). That is how General Hospital viewers found out Nathan wasn’t a Cassadine, but it didn’t mean Valentin wasn’t – as recently revisited, Victor wasn’t Nathan’s father, Cesar Faison (Anders Hove) was! It sounds like Liesl Obrecht (Kathleen Gati) was doing a bit of two-timing back in the day, no wonder Victor was so mad when he found out Nathan wasn’t his! Liesl shot him but he obviously didn’t die!

More recently, Nikolas Cassadine had some DNA tests done between Alexis Davis (Nancy Lee Grahn) and Valentin to prove that Mikkos Cassadine (John Colicos) wasn’t his birth father. MIkkos’ codicil is what proved that although he wasn’t his father, Helena Cassadine (Constance Towers) was his mother. But just because Valentin and Alexis’ DNA didn’t show the same father, it doesn’t mean Valentin isn’t a Cassadine – Nikolas’ test probably didn’t include any male relative except the birth father.

General Hospital recaps show Valentin’s birth father has never been revealed, although he has been reflecting a lot on Cassadine history and becoming his own man, Cassadine blood or not. There does seem to be some familial resemblance between the newest version of Victor and Valentin, as some General Hospital fans have noted. Alexis and Valentin are also close to the same age, and Helena could have been pregnant with him around the same time the late Kristin Bergman (Melanie Minichino).

Helena also had an illegitimate daughter named Irina Cassadine (Alyshia Ochse) who longtime General Hospital viewers will recall as “The Woman in White”. Helena shot her dead right in front of her boyfriend Ethan Sutton (Nathan Parsons), so Valentin lucked out with being put in a boarding school at the age of six! Poor Irina was kept in a dungeon most of her life and considered insane by Helena! It wouldn’t be surprising if Helena was fooling around when she found out Mikkos had a mistress – and what an affront to Mikkos it would be if it had been with his own brother, who was much younger than Mikkos!

In a recent episode of General Hospital, Victor had Valentin kidnapped – Anna Devane (Finola Hughes) didn’t realize he’d been drugged and not just passed out. She had asked the musician at the Greek tavern to give Valentin a message that she was out checking on Chloe Jennings (Phoebe Kuhlman) although she didn’t mention her by name.

This was after she’d got Valentin put to bed to sleep it off. The musician had a Cassadine crest tattoo exactly like Valentin’s, so perhaps Victor has been raising a grandson Valentin knows nothing about or possibly a younger brother! Those matching tattoos have to have some significance behind them, as General Hospital viewers can guess!

Valentin will find himself in Drew Cain’s (Cameron Mathison) cell, who may have time to brief him on Victor and Liesl’s presence, and of course Peter August’s (Wes Ramsey) connection to it all. But then Victor will have Valentin brought to him! This is also significant, since Victor had no interest in revealing himself to any other prisoners of his, other than Liesl who he is still obsessively in love with!

Valentin may be interested to find out how Victor survived, but more interested in why he never knew about it! After all, General Hospital viewers will recall that after Helena died it was Valentin who was running things on Cassadine Island, with no sightings of a presumed dead Victor!

Valentin will also wonder what Victor wants with him, but his mind will be primarily focused on how to escape and get Drew, Liesl and anyone else in Victor trouble out with him, and take care of Peter once and for all!! Victor’s big revelation to Valentin may be the reason he wants to see him – to let him know he’s his son, and a Cassadine after all!