My Big Fat Fabulous Life: When Whitney Considered Weight Loss Surgery And Why 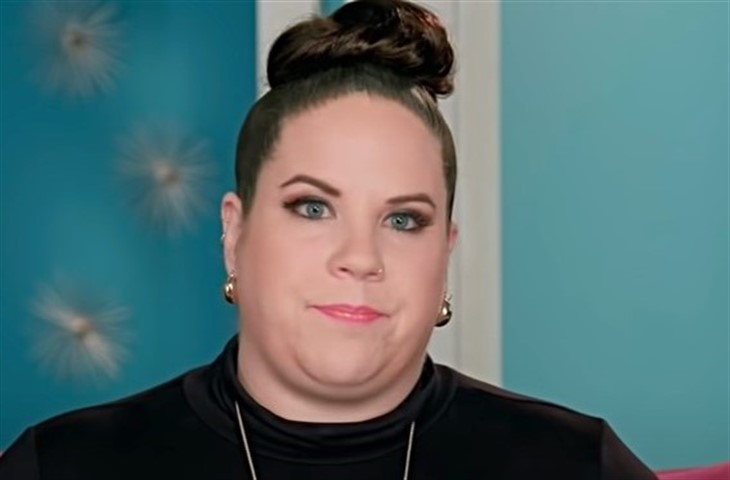 As a champion of body positivity, who made it big after a YouTube dance video she made went viral, the My Big Fat Fabulous Life star has never considered artificially changing her physical appearance.

But, the rise of COVID and her traumatic breakup with Chase Severino, led her to take the first steps towards something she likely never would have done; researching weight loss surgery.

Whitney Way Thore created a video back in 2009 of her dancing.

The reality TV star posted the video on her YouTube channel just as anyone with a background in dance might.
Fans will recall, though, that Whitney gained a lot of weight in her 20s due to having a hormonal disorder called polycystic ovary syndrome (POS), but she has never let that hold her back.

In fact, when she posted the video, she titled it Fat Girl Dancing.

The My Big Fat Fabulous Life star wanted to reclaim her love of dancing and was apparently not afraid to do it in public.

The Fat Girl Dancing video quickly went viral which drew the attention of TLC producers and before she knew it, she was living her Big Fat Fabulous Life on camera for a world of fans to see and follow.

My Big Fat Fabulous Life follows Thore as she lives her life day-to-day doing all the things one would expect a 30-year-old adult to do.

Fans will recall that, during the pandemic, Whitney and her fiancé, Chase Severino got separated by some distance and for some time.

During that time, Chase happened to hook up with his ex-girlfriend, getting her pregnant.
image.png

It ended in a very public breakup at which time the My Big Fat Fabulous Life star also erased everything regarding Severino from her social media.

After that tragic chapter in her life, the reality TV star began contemplating weight loss surgery

She even attended a virtual appointment with a bariatric surgeon, though she made no commitment at the time.

In a People interview from September of this year, Thore she agreed that she may have been simply reacting to the situation with Severino, saying, “My therapist was like, yeah, you were really just looking for relief or a solution or something,” but ultimately saying, “I was feeling that a year ago, I’m not feeling that now.”

She said that, even a few months ago, she realized that she didn’t want to do the surgery and she feels like the realization was a positive move.

Days Of Our Lives (DOOL) Spoilers: The Devil Makes Marlena Do It…Again