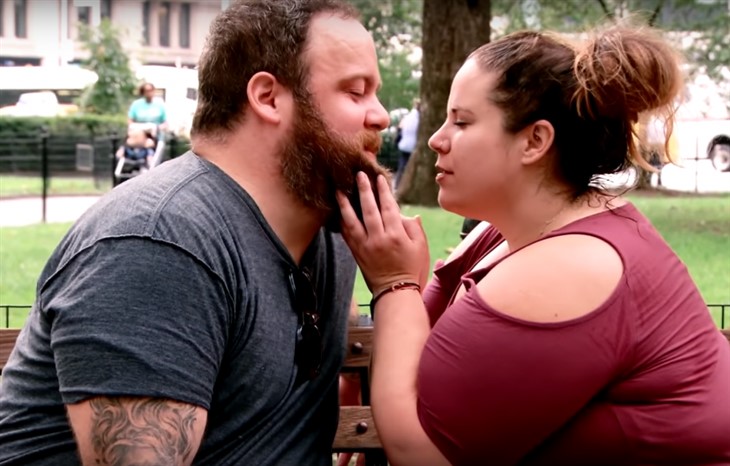 My Big Fat Fabulous Life star Whitney Way Thore and her BFF Buddy Bell have caused rumors about a possible romance to swirl for years. And Whitney definitely has made her desire to get married, complete with wedding bells and baby, evident. But after the My Big Fat Fabulous Life star has devoted so many seasons to finding Mr. Right, could a man who wants to propose already be in her life?!

Buddy just proposed! And (spoiler alert for the next season of My Big Fat Fabulous Life), Whitney’s BFF got an acceptance. But when the cameras shine on his engagement, will they reveal Whitney is the woman who is now engaged to Buddy? Find out the answer below!

Congratulations, Buddy Bell. After so many years following in My Big Fat Fabulous Life star Whitney Way Thore’s shadow, YOU get the Romance Is Real spotlight! And for all those fans who kept thinking that Buddy and Whitney would end up walking down the wedding aisle to tie the knot, sorry. Much as Thore has longed for marriage, Buddy has chosen someone else.

Turning to Instagram, Bell shared a precious proposal pic, followed by a series of photos featuring Buddy and his now-fiancée Courtney Marsh. “Got her. 💍 @kourtneywitha_c_ • Thanks @toddturnerphoto for helping me crush the surprise! • Check out @moderngoldsmith! Ethical custom jewelry. Rad guy!” wrote Buddy in his Instagram caption.

As shown in the photos, Courtney, Buddy, and the couple’s dog made a happy trio during and after the proposal. So how does Whitney feel? The My Big Fat Fabulous Life star responded to her “boo bear,” as she calls Buddy. “Congrats boo bear and Courtney!!!! Love y’all, see you soon!” wrote Thore politely.

As a result of that engagement, some think that the next season of My Big Fat Fabulous Life could turn Buddy into the show’s new leading star! Whitney has gotten increasingly negative reactions from fans, who have accused the show of scripting her ongoing hunt for a man. In contrast, Bell now seems to have a bright future that would be fun to watch.

For instance, Buddy followed up his engagement news with another upbeat Instagram post. Proudly wearing a graduation cap and gown, the newly engaged My Big Fat Fabulous Life star shared, “I graduated!” Bell also recommended the location where he purchased the diamond ring for his future bride. “Let me brag on @moderngoldsmith,” wrote Buddy. “Friendly, helpful, patient with my know-nothing questions, fun and informative YouTube channel and most importantly ethical!”

From that proposal to choosing the ring to wedding planning, could Buddy take over My Big Fat Fabulous Life? Reddit’s My Big Fat Fabulous Life community speculated on the possibility. And some even thought that Whitney might feel a tad troubled at seeing Buddy walk down the aisle before her. “Buddy is engaged. Whitney is enraged,” summed up one follower. Others agreed. “Well, of course she’s enraged. No one probably asked her if she was ready for an engagement today,” joked another.