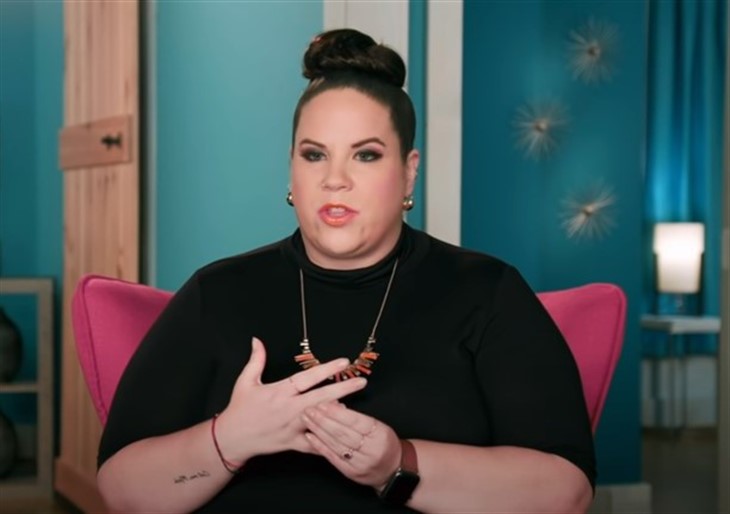 My Big Fat Fabulous Life has focused this season on Whitney Way Thore’s mystery French boyfriend. And now spoilers hint that the very mystery that makes this man so intriguing could result in a backlash not just from fans but from her friends.

As long-time viewers know, the My Big Fat Fabulous Life star has developed a strong support network of pals. But Whitney sometimes seems to exhaust even her BFF’s patience when it comes to her longing for romance. Could this season’s romance result in those friends giving up on Thore? Find out more below.

Life doesn’t always play fair. And Whitney sometimes seems to take that fact very personally. As a result, My Big Fat Fabulous Life has shown its star getting into self-pity mode over everything from boyfriend problems to weight loss wars. This season’s spoilers hint that Thore’s pals get frustrated with that self-pity, per Screen Rant.

And that frustration increases when Whitney discovers that her wanna-be boyfriend, a French tutor, won’t visit her in Maine. Both fans and Thore’s friends feel that Thore seems to sabotage herself with her neediness for a man. For instance, Whitney went from extreme excitement over a possible visit from her mystery French man to the depths of despair over his claim that he tried to show up but was denied entrance to the United States.

That moodiness means that Thore becomes even more dependent on her friends as well as her family. And they, along with her fans, seem weary of this cycle. Whitney’s brother Hunter and her pals Todd and Ashley all reveal their doubts about this mystery man.

My Big Fat Fabulous Life Spoilers – What Do Fans Believe?

At this point, Whitney supposedly has become seriously involved with her mystery French man. But fans seem to want a reality check. For instance, the Reddit My Big Fat Fabulous Life followers have even turned Thore’s romance ups and downs into a drinking game. “Take a shot every time she cries,” urged one skeptical fan.

And other fans contend that Whitney has become, in the words of one, “embarrassing” in her search for a man. “I think Whitney just wants an “exotic” boyfriend with a “sexy” accent. She romanticizes European guys the way a lot of middle school girls do, only she’s 37 and it’s embarrassing,” claimed the fan.

Some My Big Fat Fabulous Life fans even believe that TLC got involved in facilitating Whitney’s new romance. For instance, one claimed that Whitney got involved with her French man as a result of TLC filming in Paris during season 7. “Word has it he might’ve been one of the film crew before he signed on as her ‘tutor,'” added the follower.

Whose side are you on? Do you agree with fans, friends, and family who think that Whitney needs to stop the self-pity party and desperate search for romance? Or do you empathize with Thore? Share your views with us. And then check back on our site for all the news about My Big Fat Fabulous Life!

Days Of Our Lives Spoilers: EJ, Anna, And Tony DiMera Spend Thanksgiving Together But Chaos Erupts