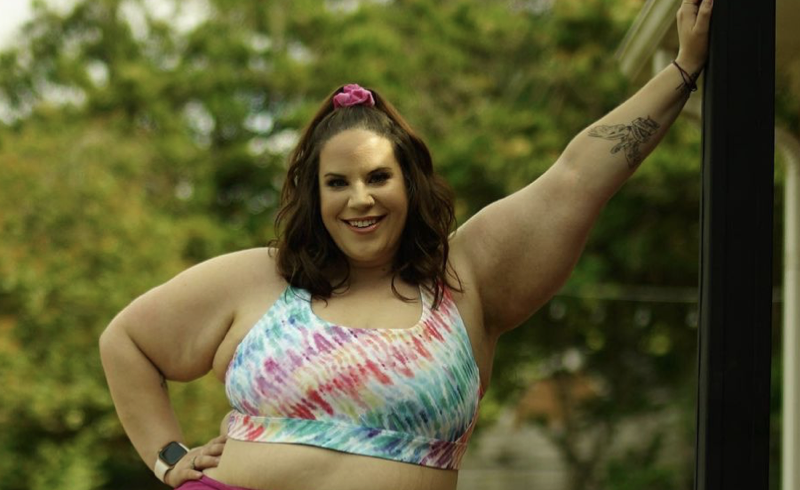 My Big Fat Fabulous Life’s Whitney Way Thore claps back at trolling fans who accused her French beau of hiding his face in shame. In an Instagram post, the incensed 37-year-old defended her love interest and his right to privacy.

On Wednesday, September 1, Whitney shared an image, on Instagram, of her and her new boyfriend posing outside of the Louvre in Paris and, in it, the face of the mystery man is hidden. We can see Whitney gazing up and her boyfriend lovingly, her arm around his waist.

Whitney was the one who blurred his image, to protect his privacy and she described the relationship in the caption, saying, “I wish I could put this relationship into words, but honestly, it’s all been a blur.”

And then, her next words are carefully directed at her trolls.

My Big Fat Fabulous Life: In Her Words

She goes on to write, “Nah, but for real, the amount of comments and DMs and tweets I’ve gotten from viewers assuring me that this man is embarrassed of me and does not care about me is confusing.”

She was just getting started, the caption is long and she clearly was restraining something more than confusion as she continues, “I just spent 6 weeks with him in the planet’s most-visited country, and as you can see, we are clearly out in public at one of the world’s biggest tourist attractions…but because he doesn’t want his face shown on TV to millions of people around the world, he must be embarrassed of me?” 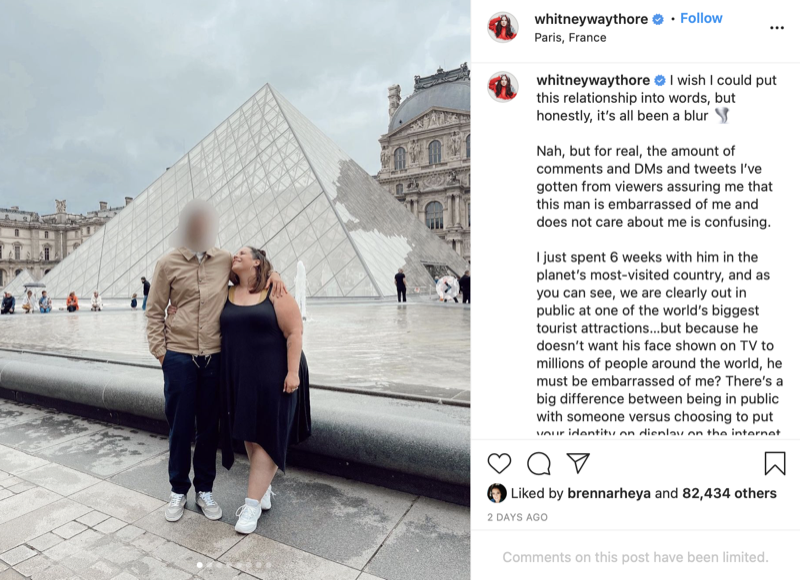 Thore ends the caption with a jab she cleverly veils in a plea to the public, writing, “Can’t y’all let someone be happy? I’ve had 8 serious relationships — the “public” has only seen 3 of them (I had 30 years of life before TV, imagine that!) and I’ve dated some shitty dudes and had heartbreaks, but I also do not doubt that I have been loved deeply and fiercely and above all, I know that I deserve to be loved.

If you feel that you can’t be loved because of your size or for any other reason, please don’t project that onto me — because I’m out here trying to enjoy myself and this person and what we have together.”

Whitney had announced on her show, on TLC, that she had met a French man on a language exchange program online.

In the episode she describes a little about him, saying, “He is in his 30s, but he’s younger than me. He’s a graphic designer.

He’s filled up a lot of my time and become a friend- I feel like a good friend. We’ve been talking for almost probably five months now.

It’s fun and it’s exciting. We learn French, but mostly we just talk.”

You can catch new episodes of My Big Fat Fabulous Life Tuesdays at 8 PM Central on TLC.