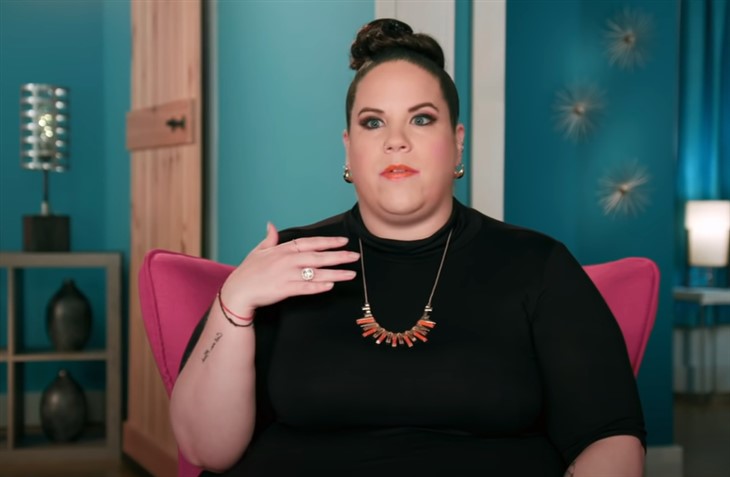 My Big Fat Fabulous Life Spoilers indicate that Whitney Thore may be a bit controlling when it comes to her elderly parents. Perhaps Whitney needs to seek alternative ways of helping them to stay in their home.

My Big Fat Fabulous Life’s Whitney truly cares about her parents Barbara “Babs” Thorne and Glenn Thore. However, Whitney’s ways of helping her parents leave a lot to be desired not only in her parent’s eyes but in fans’ eyes as well. Whitney’s parents are older but they are not ready to give up control of their lives.

Babs has fallen several times but doesn’t want to give up the bedroom that she and Glenn have shared for years. Whitney has been trying to bulldoze them into moving downstairs for years. There are alternatives to moving downstairs, perhaps Whitney should consider these instead of pushing her parents into a move they are not ready for.

My Big Fat Fabulous Life’s Whitney treats her parents like they are children. Whitney tried to force her father to stop working during the Covid-19 pandemic. Whitney insisted that her mother go home with her instead of staying in Greensboro when the pandemic first started.

Whitney would not allow her parents to see each other during this time because of her fears that one would make the other sick. Whitney also stayed away from her brother who was spending time with their father at the time. Babs was heartbroken having to stay away from her husband at this time. Babs and Glenn were elated when they were finally reunited.

My Big Fat Fabulous Life’s Whitney could simply have a stairlift installed in her parent’s house. Both Babs and Glenn could use the lift to get to the upper level of their home instead of having to move downstairs. If Whitney insists on making renovations, why not install an elevator? Whitney’s parents simply need help navigating their stairs. Why should Babs and Glenn give up their freedom and independence because of Whitney’s insecurities? If Whitney is so concerned why not work with her parents to come up with a solution instead of trying to force them to see things her way?

Whitney could very easily drive a wedge between herself and her parents by treating them this way. Both Babs and Glenn seem to be taking offense to Whitney’s demands. Should Whitney discuss things with her parents instead of trying to take over their home? Should Glenn and Babs not have some say in how they live their lives?